"Terrorists from Kosovo are now putting somebody on trial?"

In fear of international courts and the deserved punishment for their atrocities, terrorists from Kosovo are seeking salvation in going after Serbian officers. 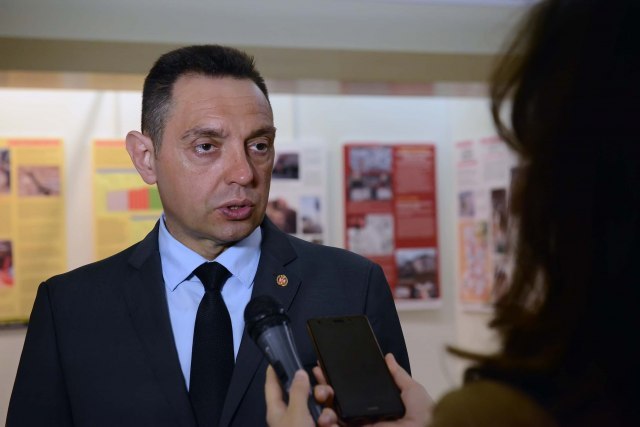 Serbian Defense Minister Aleksandar Vulin said this in reaction to courts in Kosovo announcing they would open new cases against Serbian officers and soldiers.

"The so-called minister of defense of Kosovo, Rustem Berisha, was convicted in 2016 by a court in Nis for participating in the killing of five soldiers of the Yugoslav Army at Kosare, while (Kosovo PM) Haradinaj is a free man because all the witnesses in his trial got murdered. Who will this sort of people judge?"

Vulin also said that the Serbian Army is proud of each of its officers and soldiers who defended the country in the wars of the 1990s , which Serbia and its army neither caused, nor sought.