Germany will support Ukraine as long as necessary, German Chancellor Olaf Scholz said, nine months after the start of the Russian attack. 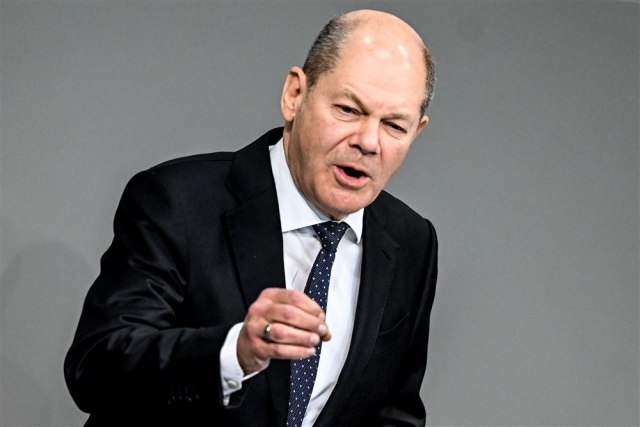 "Ukraine can count on us to continue providing it with extensive financial and humanitarian aid, as well as arms support as long as it is needed," Scholz said in an interview published today by the German magazine Focus.

Germany is one of the countries that help Ukraine the most. This also applies to the delivery of weapons, including self-propelled howitzers and Gepard anti-missile tanks. The chancellor also mentioned multi-barrel rocket launchers and the IRIS-T air defense system.

Scholz did not want to guess how long the war in Ukraine will last, but he emphasized that "Russia must not win this war." Also, according to his words, there must be no use of nuclear weapons, which was clearly stated by the international community.

"Unbelievably cruel war crimes were committed there," the German chancellor said, adding that Germany will help shed light on the crimes, identify those responsible, and hold them accountable.

"The Russians fail to break the Ukrainian spirit"

Scholz assessed that the current strategy of Russia in the war does not bring results. The Russian military's attempt to break Ukraine's spirit of resistance with heavy rocket attacks is apparently failing, despite the terrible destruction, he added.

Russia's hope that the mass movement of refugees fleeing Ukraine could threaten the support of European countries "proves to be a mistake," the chancellor pointed out. However, it is not clear what conclusions Russia will draw from its failure. "Currently, it cannot be reliably predicted", said Scholz.