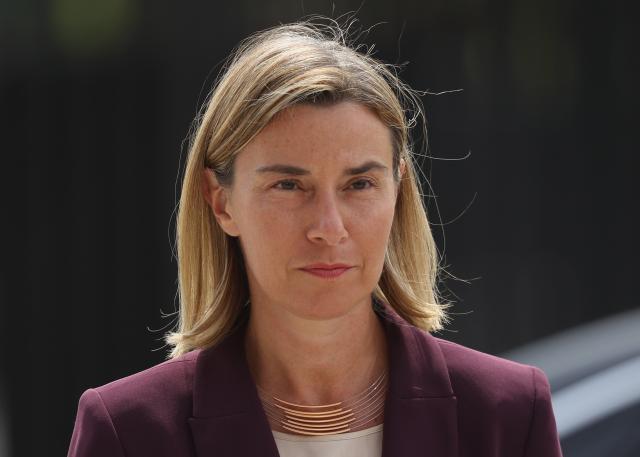 According to the EEAS website, Mogherini, speaking at the opening of the EU Ambassadors conference in Brussels, said that the Balkans was the organization's fourth priority.

"Still looking at our immediate neighborhood, but this is the file on which, as you know very well, we have more to lose and more to gain," she said.

"This year we have seen in the Balkans tensions arising worryingly in different moments, in different countries. We had some moments of crisis, acute crisis, but at the end of the day our partners in the Balkans have always, always managed to recommit and to reconfirm their willingness and their capacity to advance on the European Union way, on their path towards the European Union – always, we have helped and they have done it," Mogherini said, and added:

Mogherini also revealed that she "gets very angry" when she hears "people" telling "our friends in the Balkans" about their "way towards Europe."

The EU official also announced that she would this week (on Thursday) meet again with Aleksandar Vucic and Hashim Thaci "to move forward with the dialogue between Belgrade and Pristina."

"And I think we can set as our own goal, by the end of this mandate, to see substantive steps forward for each of our Balkan partners on their path towards European Union membership," she said..

Beta is reporting that Mogherini stressed that the priorities of EU's foreign policy "will also be security of citizens and territory, building of European defense, suppressing terrorism and illegal immigration, and strengthening of the global governance, above all through the UN, with the goal of resolving crises."