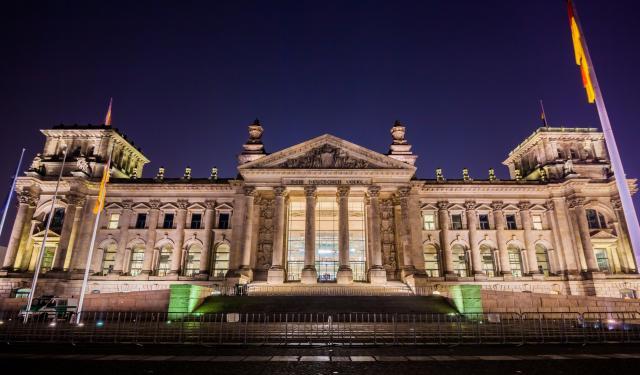 During the voting, only one MP abstained, and another voted against the resolution, entitled, "Remembrance and commemoration of the genocide of Armenians and other Christian minorities in 1915 and 1916."

This outcome was expected, and the document supported by German Chancellor Angela Merkel, who did not attend the session.

Gregor Gysi of the Left party, who criticized Turkey's actions towards the Kurds, said that Germany was a historic accomplice and had an obliged to recognize the mass killings of Armenians during the First World War.

"We have to call it what it is - genocide. The Bundestag (German parliament) should not allow Turkey to blackmail it," he said.

The news was welcomed with relief by hundreds of supporters of the Armenian people, who gathered in front of the parliament building on Thursday.

Turkish Prime Minister Binali Yildirim said earlier that it would be "irrational" of the German parliament to approve such a resolution, as it would "test the friendship between the two countries."

Turkish President Recep Tayyip Erdogan has previously warned that relations between Ankara and Berlin would worsen if Germany recognized anti-Armenian crimes as genocide.

Speaking in Kenya after the vote, he said it would “seriously affect” ties between Turkey and Germany, and confirmed that Ankara has recalled its ambassador to Germany for consultations, daily Guardian has reported.

Ankara previously launched a strong campaign against this resolution, which involved sending e-mails to German ministers - however, some of these messages aimed to intimidate politicians, and threatened journalists.

The issue of the genocide of Armenians is particularly sensitive in Germany, since it has special ties with Ankara, among other things because of the three million Turks who live in the country, according to AFP.

The Bundestag vote on the resolution came at a sensitive time when Germany and the EU need Turkey to stem the flow of migrants, while tensions are high on a number of issues, including human rights.

Armenians claim that a million and a half of their people were killed between 1915 and 1917, when the Ottoman Empire was falling apart, while modern Turkey rejects the claim.

More than 20 countries, including France and Russia, have recognized these crimes as genocide.