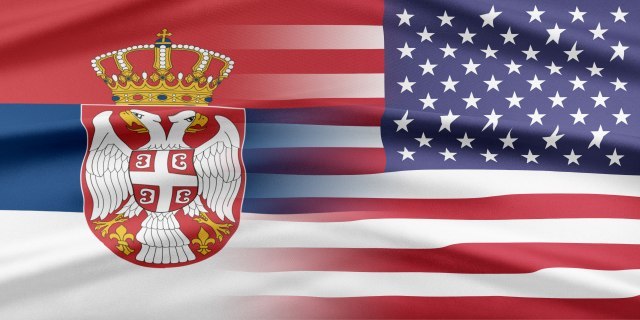 According to Bodo Weber, Senior Associate at Democratization Policy Council from Berlin, the appointment of Richard Grenell as the White House Special Envoy for the Belgrade-Pristina Dialogue does not mean much stronger US involvement in the coming period to resolve the Kosovo issue.

"In Kosovo, Serbia and the region, the appointment of two special envoys, one Matthew Palmer for the Western Balkans and the other Richard Grenell for the Belgrade-Pristina dialogue, has been interpreted as a new engagement and that this has put the US administration's focus on the Western Balkans", Weber said for TV show "Freely in Serbian".

However, Weber says that his interpretation of this fact is quite opposite to this.

"The very fact that two special envoys have been appointed in parallel, in an uncoordinated way, Matthew Palmer, not as a Western Balkans representative, not from the Trump administration but only from the State Department, and Richard Grenell from the Trump's White House, in my opinion is a sign that the attention of the US Administration lessens compared to the previous years. This is more like a sign that they no longer have a new initiative", he said.

Weber believes that Grenell, who is also the current US Ambassador to Germany, has imposed himself as a US Presidential Envoy.

"I have no evidence, but I suspect that Grenell has, on his own initiative, asked Trump to give him this important role, which would perhaps push him forward in his career, if he is the one to initiate the agreement, but I don't see a greater involvement of the United States than before. On the contrary, I do not believe that Grenell possesses that kind of expertise and understanding that would allow him to play more significant role. Quite to the contrary, I see that we will have a unity of the European Union that we did not have at the time of (Federica) Mogherini", Weber concluded.

In his view, the policy of the former EU administration on Kosovo was immensely irresponsible.

"European policy was completely privatized by Federica Mogherini and her team of four to five people. This is unique in the history of the common foreign and security policy of the EU, which hasn't got a long tradition, that the negotiation process was fully privatized by the top High Representative in charge of that policy”, Weber assessed.