Russia will not recognize Kosovo - Moscow does not and never will barter with Serbia's territorial integrity, say Russian experts. 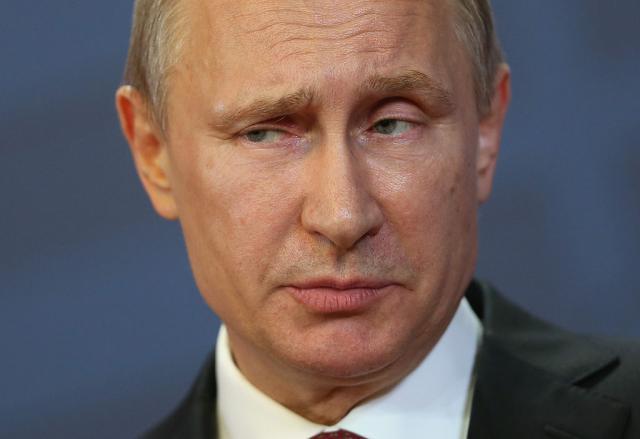 Sputnik is reporting that this reaction came in the wake of claims made by western analysts that "Russia could recognize Kosovo in order to reach a deal with the US."

Russian experts say that such statements look like an attempt of their Western counterparts to "drive a wedge" between Russia and Serbia.

"This looks like an attempt to sow discord, because the scenario of Moscow recognizing Kosovo is not possible, especially while Putin is in power. Even if the United States put forward such a proposal, Russia would reject it and would not enter into this kind of bartering, because we do not need Washington's support in order for Crimea to be Russian. Crimea returned to the composition of Russia through a referendum, despite the position of the US and the EU. We knew what to expect and what would follow, and we were ready for it," said Igor Pshenichnikov, advisor to the director of the Russian Institute for Strategic Research.

This expert does not rule out the possibility that the United States could make the "Crimea for Kosovo" offer, but is confident that Moscow will not agree to it under any circumstances.

"By recognizing Kosovo we would betray our main ally in the Balkans, and also it would be a signal to all those who are separatism-minded in Serbia. In addition, the recognition of Kosovo by Russia would mean a violation of the existing system of international law, it would be an immoral act, and that is why Russia will never go for that," concluded Pshenichnikov.

The reaction of Russian analysts follows the allegations of a British expert on Russia, Mary Dejevsky, that the country would recognize Kosovo "as part of a broader agreement between Washington and Moscow, after Donald Trump took over as president of the United States."

The article was published in the Catholic newspaper The Tablet on January 21, and then cited by Balkan Insight.

"While Russian recognition would be hailed as a great breakthrough in Kosovo, it would come as a great shock to Russia’s historic ally, Serbia," observed the latter publication.

The article further said that Dejevsky "regularly meets Kremlin leaders through the Valdai Group" and that she suggested "Moscow could recognize Kosovo as part of a package aimed at closing down various post-Cold War diplomatic issues that have dogged relations between the powers."

Dejevsky, a columnist for the British paper Guardian, wrote that Putin was investing heavily in making a deal with the new US administration work, and was unlikely to let the opportunity slip - "as it would damage his domestic standing."

However, representatives of the Valdai Club who spoke to Sputnik categorically rejected the possibility of this type of deal between Russia and the United States.

"I think there are no grounds to launch the issue of recognition of Kosovo. In fact, the problem of Kosovo in the Balkans can in no way be linked to Russian-American relations, and therefore the trade of this kind impossible," said Andrei Sushentsov, the Club's program director and a managing partner with the consulting agency Foreign Policy Advisory Group, and added:

"In other words, Kosovo is not a topic of discussion between the two countries, and I do not believe that it will be on the agenda. Only in the event of the situation in the Balkans rapidly worsening and a new hotspot appearing which would threaten regional and international security, the question of Kosovo could be launched between the Kremlin and the White House. But currently there are no factors that could change the position of the Kremlin regarding the territorial integrity of Serbia."

He also emphasized that the interests of Serbia and other Russian allies would not be compromised for the sake of improving relations between Russia and the United States.

"We should not expect that Russia and the United States will barter in recognizing or not recognizing territories, at least Russia does not use such instruments. Therefore, relations with other countries will not be subject to trade in Moscow's dialogue with Washington. The interests of Serbia and other Russian allies will not be compromised, even if relations between Russia and the United States start developing," concluded Sushentsov.

Russia stands firmly against recognizing Kosovo, the southern province of its close ally Serbia, that was "separated in 1999 with Western military help, and which declared independence in 2008," said Sputnik.

Most Western countries, starting with the US, have recognized Kosovo "a long time ago" - but Serbia, Russia, China, five EU member states and many other countries have not, most of them Central and South American, Asian, and about half of African countries.

The pace of new recognitions has significantly slowed down in recent years, and last year only two countries did this - Suriname and Singapore. A total of about 110 of the 193 UN member states have so far recognized Kosovo, said the Russian agency.

It also noted that "last month, the Russian Ministry of Foreign Affairs said that Serbia can fully count on the support of Russia to protect its territorial integrity when it comes to Kosovo."