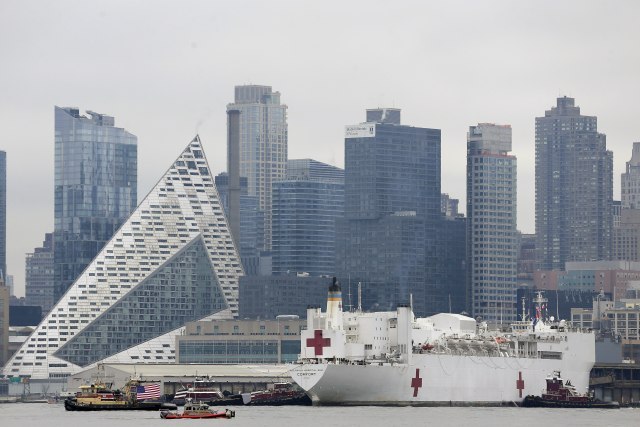 The state of New York ranks first with more than 66.000 infected and 1.243 dead, where one man died in less than three minutes today during six hell hours.

The death rate is also the reason that the bodies of the deceased remained in the flats for 24 hours before being taken away by the competent authorities, which is why 85 cold storage units were sent to the Big Apple, the epicenter of the pandemic.

Bodies have been dumped with lift trucks into refrigerated trucks for days, authorities said, specifying that each of the 85 trucks provided by FEMA - the Federal Emergency Management Agency - will accommodate 40 bodies, increasing the city's capacity at morgues from 3.500 to 7.000.

The bodies will also be stored in the famous Madison Square Garden, a multi-purpose softball court that featured many world-renowned music stars, such as Eric Clapton celebrating his 70th birthday ...

Soldiers are expected to arrive in the city to assist with the morgues and burial.

The city has procured 45 more refrigerators as the needs are huge. Prior to the outbreak of coronavirus epidemic, the city of 8.7 million had 900 morgue places that were enough to meet the needs.

The media also reports that, on average, between 12 am and 2 pm, those in charge, when one dies at home or outside the hospital, are expected to come for the body.

Despite such a difficult situation, and despite the virus spreading like wildfire, the crowds in New York do not stop, social distance is breached at every corner, both when it has to, like in the subway, and when it doesn't have to, and one of these images is seen in Manhattan today, when Comfort - a military navy hospital with 1.000 beds and 12 operating rooms and 1.200 people working on it - sailed into the harbor.

People were pushing themselves, almost climbing on each other's backs to take a shot of a ship through a fence that was supposed to assist people who needed help.

The crowd was large, no one was paying attention to the Covid, disregarding the fine prescribed at the amount of $ 500, so when the Mayor Bill de Blasio saw the pictures on Twitter, ordered police to break up the crowd immediately.

New York officials expect D Day to be April 5, 35 days after they registered a zero patient. 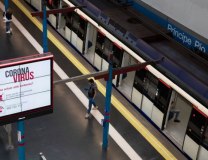