Air strikes carried out on pro-Iranian forces in Syria, there are casualties

Unidentified planes strike the positions of pro-Iranian forces in Syria this morning, the Syrian Observatory for Human Rights said 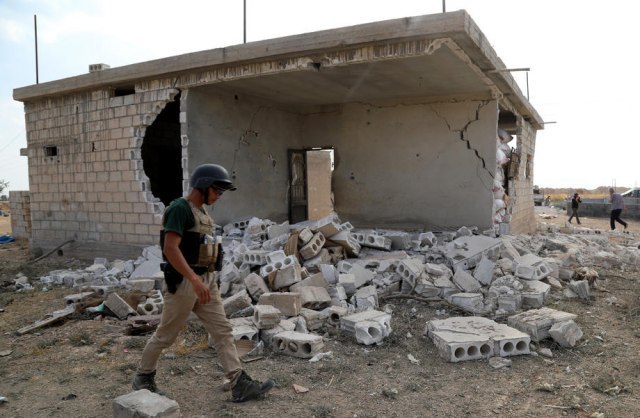 At least eight fighters of the pro-Iranian paramilitary Hashd al-Shaabi have been killed in eastern Syria, the Observatory said.

The Syrian Observatory for Human Rights said that the planes targeted positions belonging to pro-Iranian militias in the Boukamal area, near the border with Iraq.

The Britain-based organization which documents a war in Syria through a network of activists on the ground said the plane struck, among other targets, weapons depots and vehicles belonging to the militias.

Several explosions have been reported in the border area, but it is still unknown whose planes had carried out the air-strikes, AP reports.

He added that at least eight members of the Hashd al-Shaabi formation were killed.

There was no immediate comment on the part of Syrian officials on this information.

The assault came amid tensions in the region between the United States and Iran after air strikes on members of the Iraqi militia backed by Iran that killed Iranian Commander Qasem Soleimani.