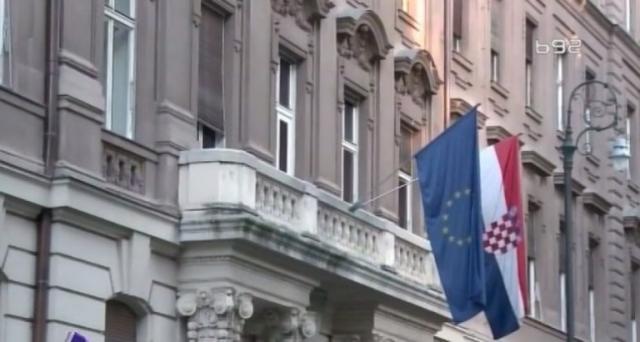 The report describes Croatia as a country fostering a climate of hatred and intimidation, and one "increasingly moving to the right" - while ruled by "a radical political discourse where the keywords are 'enemy, homeland, nation, and, treason'."

"(Croatia) joining the EU changed nothing, a climate of hatred and intimidation rules in the country," the radio said, according to the Croatian website index. hr, Tanjug reported on Thursday.

Croatia is also described as "imprisoned inside a history that it refuses to face" - with the reactions to the Hague courtroom suicide of convicted Bosnian Croat war criminal Slobodan Praljak cited as "the latest example."

"(Croatian) PM Andrej Plenkovic spoke about a deep moral injustice, without thinking about the camps, and the constant firing on residential areas, which was, among other things, what the general (Praljak) was convicted for. The prime minister considered the Hague (Tribunal, ICTY) verdict to be unjust," the German broadcaster said, noting that "Croatia's first president, Franjo Tudjman, was also named as a member of a joint criminal enterprise."

Croatian Zagreb-based social psychologist Dinka Corkalo-Biruski is then quoted as saying that the country's key problem is a failure to "move on with its life after the (1990s) war, instead embarking on glorifying and adulating the war, and, a narrative that left no room for anything except our victory, our victims, and our suffering."

And that is "no basis to build a positive public identity," she opined.

To speak about the condition of the Croatian society sounds like citing a mental patient's record, the German radio said, according to the report - "so it is no wonder that the public discourse is becoming increasingly intense, and filled with retrograde notions."

When Croatia joined the EU, the situation deteriorated - "this was when the phase of relaxing and reforms, orchestrated by the great national party HDZ, ended."

In present-day Croatia, notions such as "Europe, democracy, economy" sound "unreal" - and are spoken about "with cynicism."

The HDZ is said to have produced a series of corruption scandals, while its current leader - and Croatian PM - Plenkovic, is said to be "a prisoner of the party's right-wing."

"In the national heroism narrative, the role of the enemy is reserved for the Serbs - unless they give up on their national identity and declare themselves to be Croats," Deutschlandfunk said in its report.

"The next phase of Croatian nationalism," the German radio continued, is the rehabilitation of the Ustasha regime - i.e., the regime in power in the WW2-era Nazi-allied Independent State of Croatia (NDH).

The report adds that this has in fact has already "quietly happened among a part of the nation" - resulting in "purely neo-Nazi theses" already emerging, such as those arguing that "nobody died" in the Jasenovac concentration camp during WW2.