The Prime Minister of Serbia, Ana Brnabic, said that new epidemiological measures would be introduced at the session of the Criris Staff today 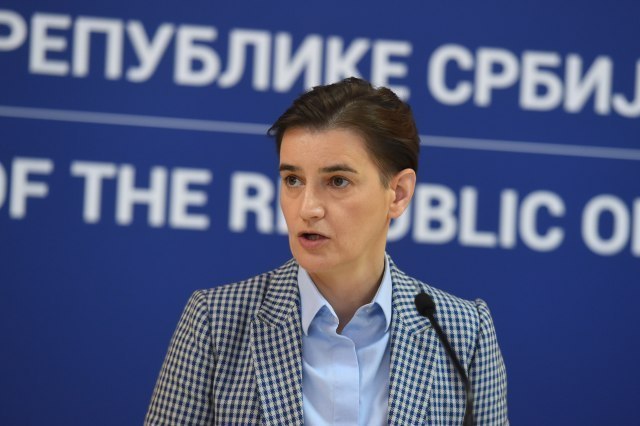 Brnabic explained that these measures will not apply to the entire country, but will be "targeted" at a specific city or municipality in relation to the number of infected per capita, but also pointed out that there will be no more "closures" as there were in March and April.

Asked whether the new measures would mean a ban on the work of clubs, restaurants and cafes, because young people are most infected, Brnabic did not rule out the possibility for clubs.

She says that the measures will be "targeted" at a place that present a "problem", and added that one of the cities is Belgrade, where two thirds are infected in relation to the entire number of infected people in the country.

The session of the Crisis Staff is scheduled for 10 o'clock.

"It is likely that clubs will close, we will see for restaurants. The economy must continue to work, restaurants, clubs are the economy, pensions are paid from the state budget. There will certainly not be as many restrictive measures and closures as there used to be," Ana Brnabic added.

There are people infected with coronavirus in the Government of Serbia, but that did not scare the Prime Minister.

"I was not afraid, because if you have had the presence of the coronavirus since March, especially if you are engaged in public work, talking to a large number of people, that is the risk of this profession. I was not afraid, I have no symptoms. If anything happens, I will react "I was tested once when I was in close contact, I was negative, if necessary, I do not run away from it," Ana Brnabic said.

"I appeal to people to put some things aside. Fighting the coronavirus is not just our fight. Numbers go uncontrollably upwards all over the world. Everyone thinks about it, worries about it. Information changes every day. It's not human and it's not fair to put a blame on the people who are trying to help their country, "Brnabic said.