The military-police parade, dubbed "Defense of Freedom," was held in the town of Nis, southern Serbia, marking Victory Day over fascism in WW2. 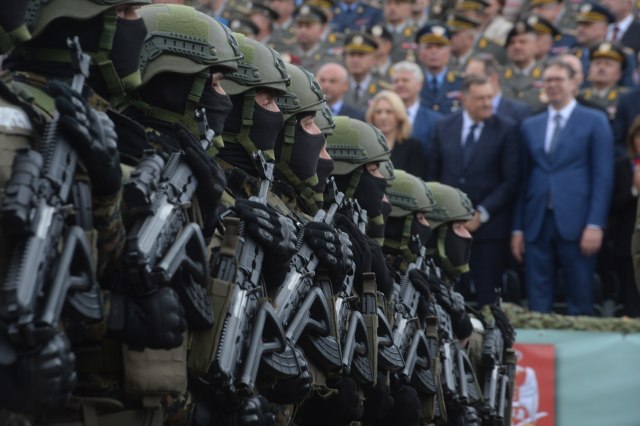 More than 4,000 Serbian soldiers and police officers were taking part, along with 300 combat and other vehicles and systems, and around 40 aircraft.

Sputnik reported that MiG warplanes were flying low over the area of the parade, and that a Russian military delegation, led by the commander of the Western Military District, General Aleksandr Zhuravlev, was also present.

Scroll down for more photos and video