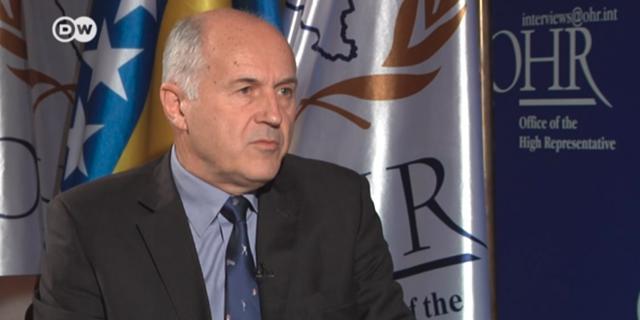 Inzko says that he has not thought so far about sacking Milorad Dodik or about reaching for other Bonn powers.

He adds that the secession of the Serb Republic (RS) will not occur.

"The international community has all the instruments in its hands. We have a mandate from the United Nations and we will not allow that," Inzko said in an exclusive interview with DW.

Commenting on the fact that RS President Milorad Dodik during an interview with DW drew a map on which RS was united with Serbia, Inzko said that redrawing of borders is always dangerous.

"And it's finished. And especially as far as I and my mandate are concerned, it is finished for BiH. We can do all sorts of things inside BiH, but let's compete in who will be the most successful," he said.