President of Serbia, Aleksandar Vučić, met with the ambassadors of the Quint countries in Serbia and head of the Delegation of the European Union, Sem Fabrizi. 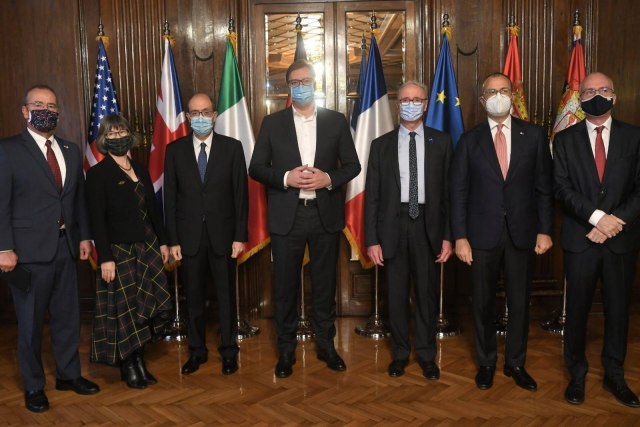 The meeting was held in the Presidency of Serbia.