Serbian Police Director: We had information beforehand, we will react accordingly 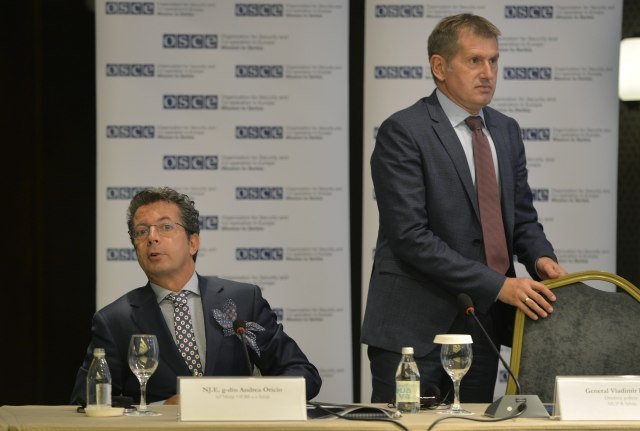 Rebic stressed that Belgrade is prepared to intervene if an exodus of the Serb people happens, adding that he is convinced that international community won't allow it.

"We are ready to react in case of the exodus of the Serb people, but we are convinced that international community will not allow it", Rebić stated for RTS.

He told RTS that 24 armored vehicles entered the north of Kosovo and Metohija, against all regulations and resolutions.

He claims that this is the case of yet another intimidation of the Serb population, as a result of Pristina's frustration over the fact that it failed to join Interpol for the fourth time in a row, being forced to withdraw their Interpol membership application.

He said that he hopes that Serbian minority will remain united.

Chairman of Serbia's Parliamentary Committee for Kosovo and Metohija, Milovan Drecun, assessed the ROSU action as a kind of public show after the Interpol debacle and a demonstration of power against Serb members within Kosovo Police.

Drecun said for RTS that, to his knowledge, one of the arrested had been investigating the chief of operations, adding that a raid directed to Zubin Potok was also possible.

He says Pristina wants to cause further destabilization, raising the question if such excessive use of force is necessary.