President Aleksandar Vucic says Chinese leader Xi Jinping "instructed his secretary to include a visit to Serbia in the agenda of the Chinese president." 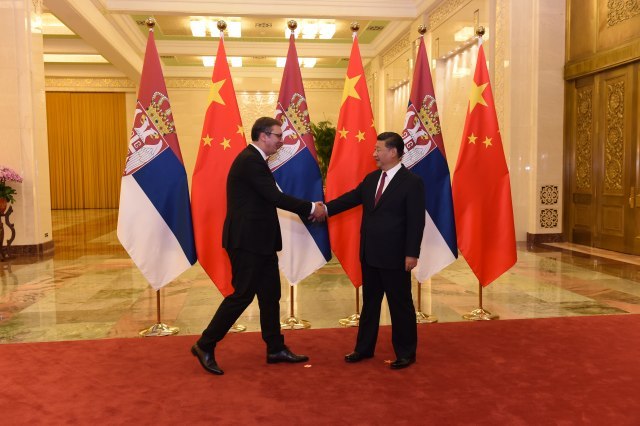 Vucic, who is this week with visiting China with a delegation from Serbia, met in Beijing on Tuesday with the Chinese president. According to Tanjug, Xi told Vucic: "Whoever knocks on the door in such a way and so many times, has that door open to him."

Vucic repeatedly stated in the past that he would invite Xi to visit Serbia in the course of this fifth meeting with the Chinese leader in the past two years.

"I did what I promised. I inivited President Xi twice, and the third time he gave the order to the foreign minister to prepare the visit, which means he will come," Vucic said after his meeting with the Chinese president.

"We wanted to see you in Serbia, Serbia has the best cooperation with China," Vucic told Xi. He added that the conversation was long, that he had been preparing for it for a long time after visiting Kosovo, that he "lived for this, and was preparing for this," but that he was also very nervous.

The president said that Xi pointed out that "whoever knocks on the door in such a way and so much, that door will eventually open". Vucic also said that Xi invited him to attend the second session of a Belt and Road initiative meeting in April next year.