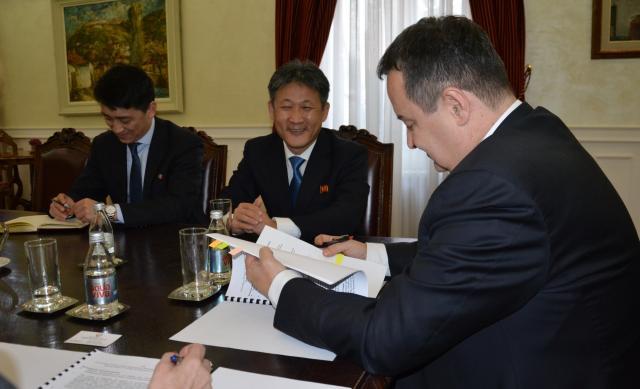 Ri Pyong Du is accredited to Serbia on the non-residential basis from Romania.

Dacic noted that there are no open issues in the bilateral relations of the two countries and expressed his gratitude to the Democratic People’s Republic of Korea for the non-recognition of the unilaterally proclaimed independence of Kosovo, which we expect to continue in the future.

He reiterated Serbia's position in favour of the denuclearisation of the Korean Peninsula and the resolution of the nuclear issue of the Democratic People’s Republic of Korea by peaceful means, i.e. through negotiations of the parties involved, and welcomed the warming in relations between the two Koreas.