Serbian President Tomislav Nikolic, who was welcomed in Lisbon earlier in the day, has been presented with the Order of Prince Henry the Navigator. 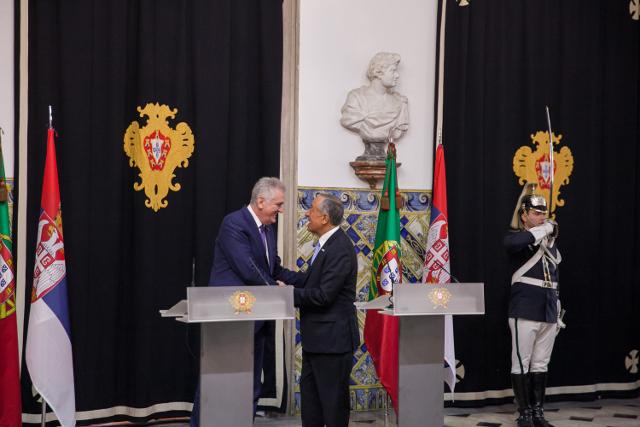 The Serbian president then presented his Portuguese counterpart with the Order of the Republic of Serbia on a sash.

Both decorations were given for the contribution of the two presidents to improving relations between their countries.

The delegations then placed wreaths at the grave of Portugal's national poet Luis de Camoes.

Nikolic on Wednesday started his two-day official visit to Portugal that marks 135 years of diplomatic relations between the two countries.