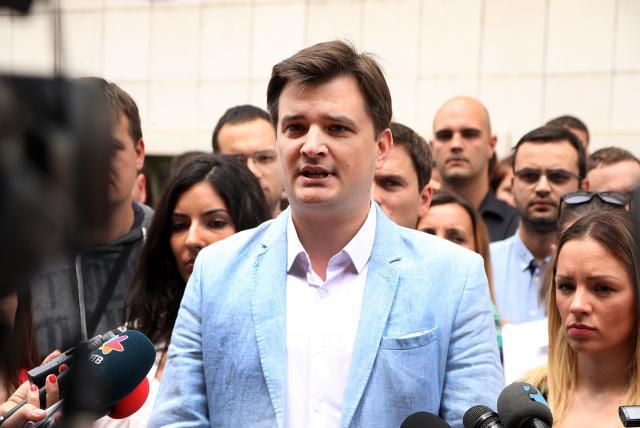 This message was delivered by Deputy President of the Serb Progressive Party (SNS) Main Board Milenko Jovanov.

"There's no need for the DS and its satellites to worry about when the Serbian government will be formed, because it certainly won't happen at midnight, like when they formed their governments, but within the legal deadline and in line with the law," he said in a statement, carried by Beta agency.

Jovanov referenced the Democratic Opposition of Serbia (DOS), a former alliance of parties formed in 2000, when he said that "the only problem that the phony democrats and other new-DOS (members) have is when to take their vacations in the Maldives, the Brionian Islands, Mykonos, and other luxury destinations."

"Obviously, Pajtic and the company have already packed their bags and are sitting in their swim trunks, worrying that their paddling will go to waste. It would be really nice if they informed Serbian citizens whether they will take along rubber ducks, too - or if those only serve to wriggle around on dry land," Jovanov said, in an apparent reference to a large yellow rubber duck that is the symbol of protests organized after the Savamala demolition.

Earlier on Thursday, DS leader Bojan Pajtic said that Serbia was "in a state of emergency of sorts" and called on PM-designate Aleksandar Vucic to propose members of his new cabinet "as soon as possible."