Bojan Pajtic has said that "free citizens of Serbia who had the courage to circle the Democrats" on the ballot paper "contributed to the party's good result." 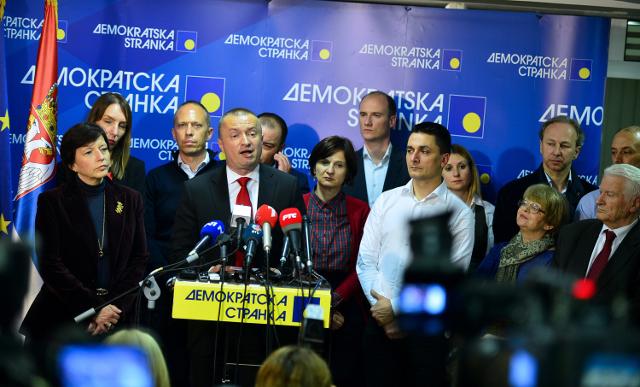 The DS leader spoke late on Sunday to say that the pre-election coalition led by his party "won more than seven percent" while "according to results at the disposal of the Democrats, the (Progressives) SNS will have significantly fewer MPs than before."

"The elections were anything but fair and honest. They went under a media blockade of the opposition, several months of demonization of the DS, arrests, physical violence, with the aim of destroying the DS," said Pajtic.

According to him, the DS was restored 26 years ago "with the aim of democratizing the society and is now fighting against an authoritarian regime, direct pressures, and obvious election theft."

"We received the support of more than 200,000 citizens of Serbia who voted courageously, knowing that they can be physically attacked, lose their jobs, endanger themselves and their family. We will fight even more vigorously," said Pajtic.

He added that his party will submit at least eight complaints regarding election irregularities.

"We discovered the 'Bulgarian train' in Kraljevo, Zrenjanin, Krusevac, where people from the SNS were buying votes, while in Vranje it was those from United Serbia. This system was present throughout the country and tens and hundreds of votes have been bought," he said.

"Our next goal is the presidential election, we call on all democratic forces to come together, as soon as within the next several months, in a fight that will show that Serbia is not a country of the past," he said, but declined to say who the opposition's candidate might be.

The Democrats argued that all three lists close to either side of the five percent threshold will cross it and win seats in Serbia's next parliament.