BELGRADE -- Marijan Ivanuša stated that so far he has not seen a serious analysis that would show that the pandemic could have been prevented.

BELGRADE -- Marijan Ivanuša stated that so far he has not seen a serious analysis that would show that the pandemic could have been prevented. 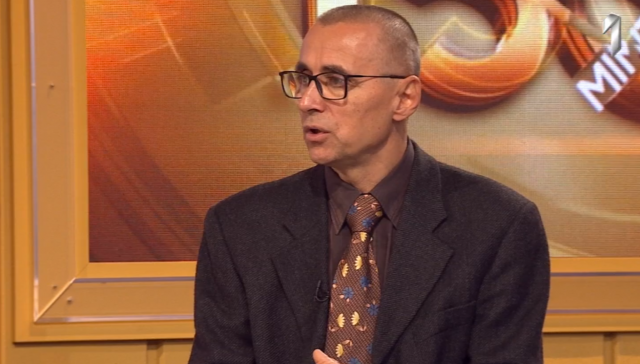 "My position is that it should have been difficult to prevent it, considering how we live in the 21st century," said the director of the Office of the World Health Organization in Serbia, Marija Ivanuša.

According to him, at the outbreak of the pandemic, some countries failed to establish a system of preventive measures.

"Very quickly, after the first or second wave, we forgot that it would pass. Some countries did not succeed in the race for medical equipment. I think we did well, relatively well," Ivanusa notes.

He says that there are currently two situations - countries where the situation is very good, such as in Serbia, and those where it is very bad, such as Argentina. He states that parents should know that a recommendation for vaccination of children will not be given for vaccines that have not been confirmed by clinical trials. Ivanuša pointed out that many countries are considering the purchase of vaccines for the third dose.

"We have to see how effective the first vaccination will prove to be. I believe that the third dose will be applied, but for now we do not have an opinion on when that will happen", states Ivanuša.

He adds that there are several different strains, and many variants of the virus.

"We usually talk about five, six, seven. For now, vaccines seem to protect quite well from these new strains. That strain that was first detected in India is spreading faster," Ivanusa points out. The strain that appeared in Vietnam, he notes, is very similar. "It is absolutely safest to be vaccinated. If they go on vacation, they should be cautious. They should avoid discotheques and respect the measures, because the vaccine is not 100 percent effective either," warns Ivanuša.

He notes that two billion doses of vaccines have been consumed in the world so far.