ZAGREB -- World media carried the news about the elections in Croatia, in which, as expected, HDZ won, but they also state Croatia is moving significantly to the right.

ZAGREB -- World media carried the news about the elections in Croatia, in which, as expected, HDZ won, but they also state Croatia is moving significantly to the right. 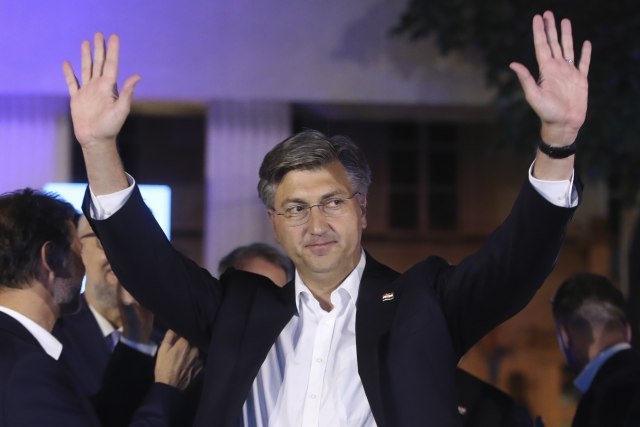 The US agency AP states that voters in Croatia went to the polls, amid a leap in the number of new cases of COVID-19, and that if the official election results confirm the exit polls, the elections will probably push that EU member even further to the right.

The election is not expected to have a clear winner, as neither the ruling Conservatives nor their liberal opponents are likely to win enough seats for a majority in the 151-seat parliament, meaning the new right-wing Homeland Movement, led by the popular singer Miroslav Skoro, could play a key role in the future government. ﻿

The ruling HDZ, Skoro's DP is taking votes from, is facing a new wave of coronavirus after reopening borders and easing rules on social distancing, and the agency adds that Croatia is trying to save its main source of income - tourism.

Brussels' Politico writes that Skoro's Homeland Movement, which is supported by hard-core nationalists, announced that it would suspend projects that it considers to be anti-Croatian, and said that it would prevent the party of the Serbian minority to enter the ruling coalition.

Political analyst Danijela Sirinic assessed that the results of Sunday's voting show that the Croatian political scene is "significantly moving to the right", writes Politico.

The Yahoo News portal writes that the HDZ, which will most likely win a new mandate, will have to deal with the economic consequences of the coronavirus pandemic, and that the big question is whether it will enter into a coalition with the nationalist Homeland Movement.

The EU Observer portal reported that Plenkovic won another mandate despite the increase in new cases of coronavirus.

The Slovenian newspaper Delo writes about the convincing victory of the HDZ, but also about the bad results of the Restart coalition and the success of the left-green platform We Can! as the biggest surprise of these elections, reports the Zagreb Index.

Sarajevo's Oslobodjenje writes that the president of HDZ BiH, Dragan Covic, congratulated the leader of HDZ, Andrej Plenkovic, on the success of his party in the parliamentary elections in Croatia, convinced that they will work together on the future of European values of BiH and the Croatian people.

"Based on the successful cooperation so far, I am convinced of our joint work on the future of European values of Bosnia-Herzegovina and the Croatian people as an equal constituent people," Covic said in his congratulatory message.