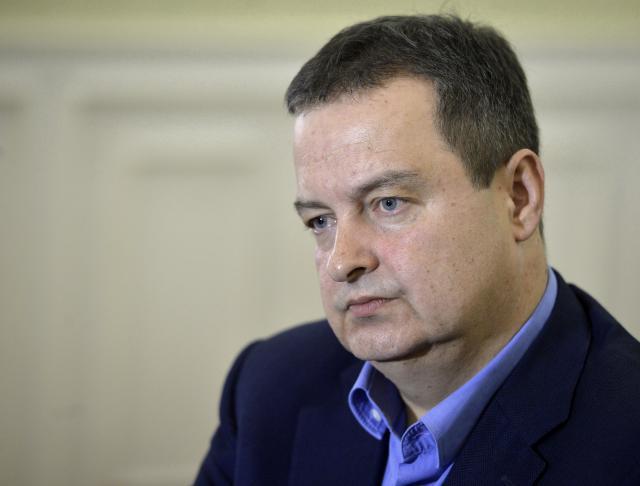 "The insults that Zaev is making toward the Serbian leadership will certainly impact our bilateral relations," Dacic said in a statement.

"Serbia is not interfering in other countries' internal affairs; likewise, Serbia wants to have good relations with its neighbors - but Zaev's statements have precisely the opposite tone. Serbia will certainly not allow anyone, Zaev included, to humiliate it, while our attitude toward the authorities in Skopje will, going forward, be reciprocal to their attitude toward Serbia," Dacic concluded.

Earlier, Zaev said that the manner in which Serbian officials comment on events in Macedonia was "unpleasant."

"(Serbian PM and President-elect Aleksandar) Vucic has spoken about 'the Macedonian scenario', the way our neighbors talk about Macedonia is unpleasant," he told N1 broadcaster in an interview, adding that his country "held democratic parliamentary elections."

In early May, Zaev said that Serbs and Macedonians are "brotherly people" - but that "nationalist leadership" headed by Vucic is in power in Serbia.