Scandalous; Heavy accusation against France: Why do you finance Putin's war machine?

France has been accused of continuing to finance Putin's war effort by importing nuclear fuel from Russia, writes the British "The Telegraph". 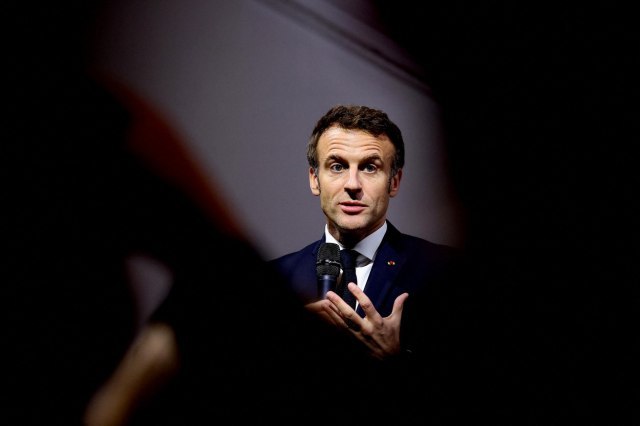 Yesterday, the influential international organization "Greenpeace" called the practice of not only France, but also other European countries to continue buying uranium from Russia for the needs of their nuclear power plants, scandalous.

A few days ago, Greenpeace activists filmed the arrival of barrels full of "raw" and enriched uranium in Dunkerque, a port in the north of France.

However, the journalists of "The Telegraph" emphasize that the import of uranium, i.e. nuclear fuel, from Russia is still completely legal, because Brussels has not yet banned the trade in uranium between Russia and the member states of the European Union.

While the Union has weaned itself off Russian oil and gas since the start of the war in Ukraine, Europe's nuclear sector is still heavily dependent on Russia. Every year, EU countries import Russian uranium worth more than 200 million euros.

Who is asking for a ban?

While Germany is seeking a complete ban on the import of uranium from Russia, Hungary and some other Eastern European countries depend on the import of nuclear fuel, which means that it is unrealistic to expect a unanimous decision to ban the import of Russian uranium at the level of all 27 EU members.

"Pushing nuclear trade with Russia while the war in Ukraine is raging is scandalous. Such 'business as usual' behavior is scandalous," claims Pauline Boyer from the French branch of Greenpeace.

She calls on the French government, through its state-owned nuclear fuel trading and production companies - EDF and Orano - to cut off all commercial ties with the Russian nuclear industry, especially with the Russian state company ROSATOM, which they say is directly controlled by President Vladimir Putin. ROSATOM also manages civilian nuclear programs but is also in charge of "maintaining" Russia's nuclear weapons arsenal. That company currently operates the Zaporizhzhia nuclear power plant in the occupied part of Ukraine.

After Russian forces shelled the power plant, Ukrainian President Volodymyr Zelensky called in August for the uranium trade to be added to the European Union's sanctions list.

Subsequently, France announced in October that EDF and Orano would stop exporting processed (enriched) uranium to Russia. However, Greenpeace claims that this contract was only temporarily suspended, but not terminated.

"This is only the tip of the iceberg, as imports of Russian uranium continue unhindered," they say.

Spotted by @greenpeacefr ! Unloading of a huge delivery of natural and enriched uranium from a russian cargo in France to feed european nuclear power plants
This uranium trade with Rosatom is scandalous !
Nuclear trade should be part of sanctions on Russia.#StandWithUkraine 1/3 pic.twitter.com/qkzf8zVSWF

They have as many as 56 reactors

Framatome, the subsidiary of Electricite de France (EDF), that supplies nuclear power plants with fuel, confirmed that the shipment from Dunkerque did indeed contain material for the production of nuclear fuel intended for "customers and in particular the nuclear fleet of the French Navy".

EDF claims that the sanctions regime directed against Russia is fully respected in this deal. The Orano company said that they are not connected to such deliveries and that "since the beginning of the war, they have not signed any new contract on the purchase or sale of nuclear material."

The French producer said in October that it is considering increasing the capacity for uranium enrichment, i.e. the production of nuclear fuel, by almost 50 percent in order to reduce dependence on imports from Russia. Although a major exporter of electricity due to its 56 nuclear reactors, France is currently experiencing a nuclear crisis due to the fact that half of its power plants are currently down due to regular maintenance or other issues.

This prompted the French government to create a contingency plan in case of a power outage. The plan includes general energy conservation and even closing schools to save electricity.