One hundred and sixty-fourth day of the war in Ukraine. 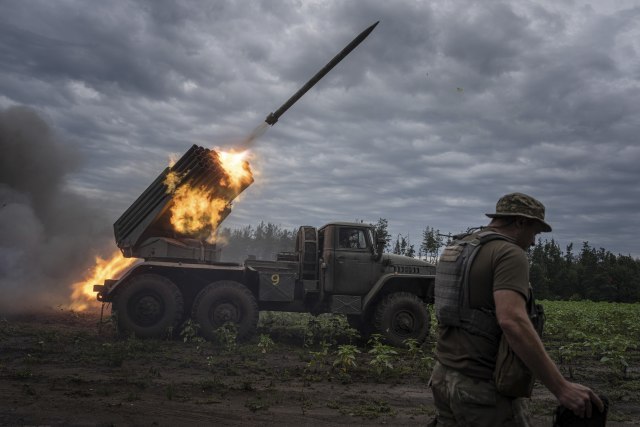 Kyiv and Moscow accuse each other of the attack on the Zaporozhye nuclear power plant.

Russian President Vladimir Putin and Turkish President Recep Tayyip Erdogan in Sochi agreed that part of the payment for Russian gas should be in rubles.

The US is preparing one of the largest aid packages for Ukraine, which will include weapons and medical aid, and its value is estimated at one billion dollars.

In ten minutes, Ukrainian soldiers fired three 120 mm caliber mines and three 155 mm caliber grenades at Gorlovka in the DNR, according to a statement from the DNR representative office in ZSOK.

Kyiv: The first foreign ship arrived in Ukraine since the beginning of the war

The first foreign ship arrived in Ukraine today since the war in Ukraine began in February and will be loaded with grain, said Ukrainian Infrastructure Minister Oleksandr Kubrakov.

In a comment on Facebook, he stated that the cargo ship sailing under the flag of Barbados is in the Ukrainian port of Chernomorsk, Reuters reported.

This week, the first ship carrying Ukrainian grain to world markets sailed after the recent agreement between Russia and Ukraine on unblocking the port, and it was going via Turkey en route to Lebanon.

Kyiv: Two men were detained, accused of being Russian agents

Ukraine's State Security Service (SBU) has detained two men on charges that Russian intelligence agents were responsible for identifying targets during a Russian missile attack that destroyed a shipyard in the southern port of Mykolaiv, the SBU announced today.

The statement added that the two "collected and sent intelligence data to the enemy about important infrastructure facilities, oil storage facilities, the deployment and movement of the Ukrainian army," Reuters reported.

The SBU announced that the premises of several shipbuilding companies were damaged or destroyed in the Russian missile attack, without specifying when the attack took place.