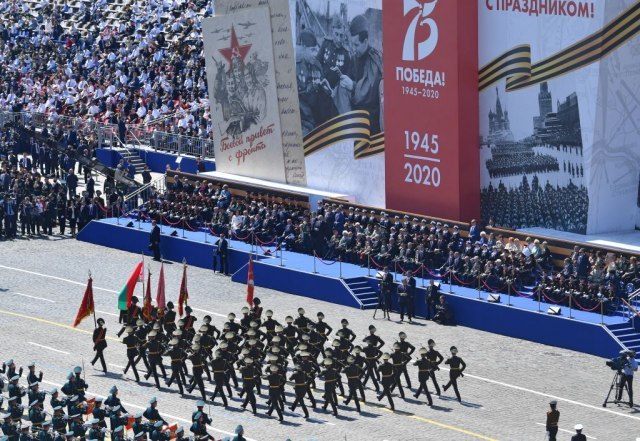 Representatives of delegations from numerous countries are also attending the parade, including the President of Serbia, Aleksandar Vucic. Today, on the eve of the beginning of the Military Parade in Moscow, he arrived in the Kremlin, where he was welcomed by the President of Russia, Vladimir Putin.

Before the display of weapons and equipment and the parade of members of military units, Russian President Vladimir Putin addressed the public.

The Guard of the Serbian Army also presented itself at the parade, which the President proudly greeted from the audience.

Soldiers from 19 countries presented themselves in Moscow.

The President of Serbia shared photos from the parade in Moscow on his Instagram profile "buducnostsrbijeav".

After the end of the Military Victory Day Parade on Red Square, the President of Serbia, Aleksandar Vucic, laid flowers at the Tomb of the Unknown Soldier.

Vucic laid flowers with the President of Russia, Vladimir Putin, and other heads of delegations at the monument in the Alexander Garden.