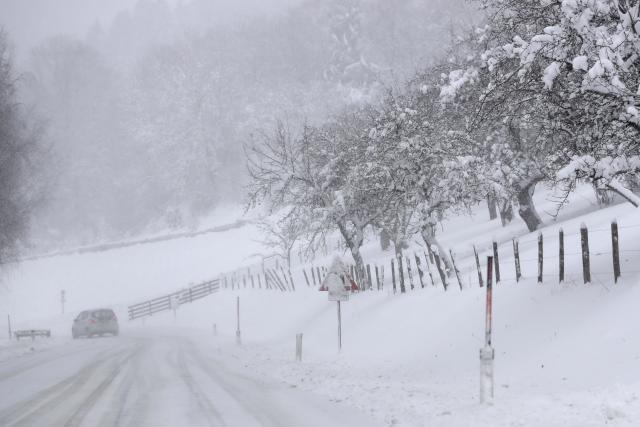 The worst-hit areas are in the country's south, southwest, and southeast, RTS has reported, quoting officials of the Interior Ministry (MUP) Emergency Situations Sector.

They also said that since January 6, 120 people and 70 vehicles had been evacuated to safety, and that the MUP Gendarmerie unit and members of the Serbian Army also taking part in the efforts.

Drivers are advised to outfit their vehicles with winter equipment, and respect traffic rules and instructions given by the authorities.

The freezing cold weather will continue in Serbia until Wednesday, with morning temperatures ranging from minus 18 to minus 10 degrees Celsius, in some areas dropping to minus 25.

Over the weekend, about ten mountain villages in the municipality of Vladicin Han were cut off due to snowdrifts up to three meters tall.

Also on Sunday, the coldest area of Serbia was Sjenica in the southwest with minus 33 degrees.

The Ministry of Transportation decided to close the rivers Sava as well as Danube (from Bezdan to Prahovo) for navigation due to the ice forming on the surface, and the strong winds.

Road, rail, air and river traffic elsewhere has been "under control" despite the bad weather, the ministry said.