President of Serbia, Aleksandar Vučić, will be in Ohrid today and tomorrow, where he will participate in the Open Balkans Summit. 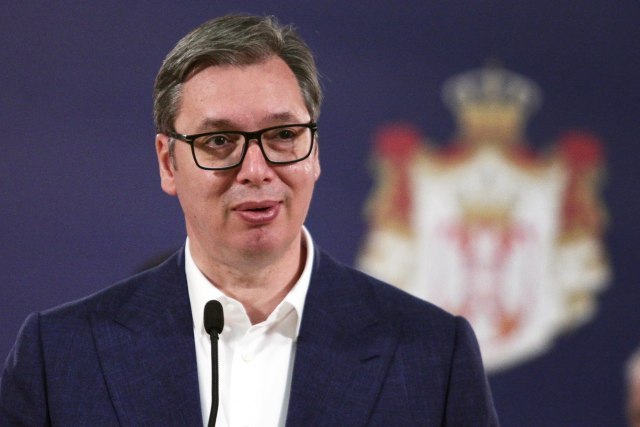 A two-day summit of the regional initiative Open Balkans begins today in Ohrid, to be attended by Serbian President Aleksandar Vucic, Prime Ministers of North Macedonia and Albania Dimitar Kovacevski and Edi Rama, as well as officials from Montenegro and Bosnia-Herzegovina.

As announced, several agreements and memoranda on cooperation in the field of higher education, tourism, culture and tax services will be signed at the summit.

Montenegrin Prime Minister Dritan Abazovic, who supported the Open Balkans initiative, will be a guest of the summit and will attend, as he announced, in the role of an observer. The chairman of the Council of Ministers of Bosnia-Herzegovina, Zoran Tegeltija, will also be in the role of a guest at the summit.

The summit will begin at around 6 p.m., at the Metropol Hotel in Ohrid, with a meeting of the leaders of the Open Balkan countries with the ministers of agriculture.

A working dinner of the leaders of the Open Balkans will follow.

In addition to Serbian President Vučić, Prime Minister Kovačevski and Rama, as well as Abazović and Tegeltija, European Commissioner for Enlargement Oliver Varhelyi and U.S. Special Envoy for the Western Balkans Gabriel Escobar will address the official opening of the summit on Wednesday, the Macedonian government announced.

Two plenary sessions in the field of tourism and culture are planned. Serbian Minister of Trade, Tourism and Telecommunications Tatjana Matic and Minister of Culture Maja Gojkovic will also speak at the summit.

The leaders of the Open Balkans will also meet with representatives of international organizations. At the end of the summit, President Vučić and Prime Ministers Kovačevski and Rama will hold a press conference.

The Open Balkans is a regional initiative established by Albania, North Macedonia and Serbia, with the aim of increasing economic and other forms of co-operation between the three countries, as well as improving mutual relations.

On October 10, 2019, Vučić, Rama and former Macedonian Prime Minister Zoran Zaev started an initiative that was informally called "Mini-Schengen", and which was supported by the EU and the USA. The goal of the initiative, as President Vučić said at the time, is to make life easier for citizens and improve living standards.

At the summit in Tirana in December 2021, the largest number of documents on cooperation between the three countries was signed so far.

Vučić, Rama and Zaev signed the Agreement on Free Access to the Labor Market in the Western Balkans, which enables the introduction of a single work permit for the three countries, and the Agreement on Connecting the Electronic Identification System of WB Citizens.

Also, in Tirana, the Agreement on Cooperation in Veterinary, Phytosanitary and Food and Animal Safety at the WB and the Agreement between the Government of Serbia and the Council of Ministers of Albania on Mutual Recognition of Approvals of Authorized Economic Operators for Security and Safety (AEOS) were signed.

On that occasion, the Agreement between the Government of North Macedonia and the Council of Ministers of Albania on mutual recognition of the approval of authorized economic operators for security and safety (AEOS) was signed.

On the sidelines of the summit in Tirana, an agreement on cooperation between the accreditation bodies of the three countries was signed.