If the killed was a protected witness, then this is a rerun of the "Haradinaj" case

The murdered Nazim Rrustemi was supposed to testify against the suspects of killing Albanians who refused to cooperate with the so-called KLA, Politika reports 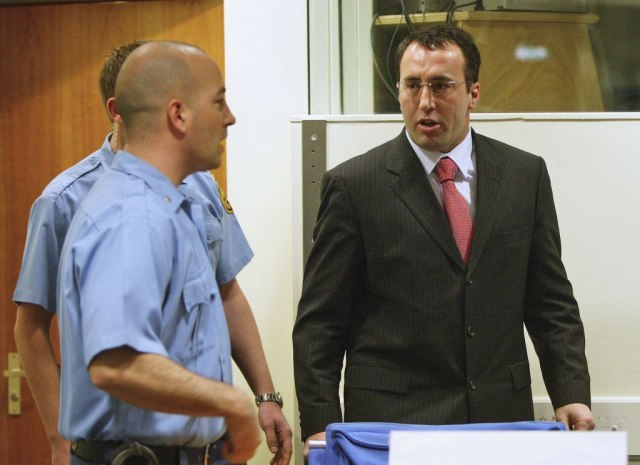 If it turns out that Rrustemi, whose death was still a mystery a month ago, was a protected witness before the Special Court of KLA Crimes, it could be said to be a rerun of events from the time when Ramush Haradinaj was accused before The Hague, Sputnik said.

Rrustemi, a forestry inspector by profession, was found dead a month ago near Lake Badovac, in the vicinity of Pristina, and was initially thought that the murder is linked with the profession he performed.

However, according to Pristina's Express, his wife Elmaze Rrustemi claims that Nazmi Rrustemi was killed because of his protected witness status before the Special Court for crimes committed by members of the terrorist KLA between 1998 and 2000. According to Elmaze Rrustemi, her husband gave evidence to court investigators three months before the murder.

"If it turns out that Rrustemi was a protected witness, it would be the first case known that someone was killed in that capacity," says Milovan Drecun, Chairman of the Serbian Parliament's Committee for Kosovo and Metohija, and Chairman of the Task Force on gathering facts and evidence in disclosing crimes against members of the Serb people and other national communities in Kosovo and Metohija.

So far, international institutions have not acknowledged that any of the assassinated had protected witness status, although about 40 are suspected to have been killed in Kosovo.

If it turns out that Rrustemi was a protected witness and was therefore assassinated, according to Drecun, it is an indication of how strong the activity of those who might be found on the indictments is.

The mysterious killings of people believed to have been protected witnesses are not a novelty in Kosovo and Metohija. One of those who escaped the hand of justice thanks to this method is Ramush Haradinaj. He has been to The Hague tribunal twice when, according to former Serbian Special Prosecutor for War Crimes Vladimir Vukcevic, 40 protected witnesses were killed throughout Kosovo and Metohija.

With each trial, the number of witnesses killed increased. The first witness was killed in 2003 and the last in 2016. One of the witnesses' remarks to Judge Alfonso Ori was remembered when asked why he did not want to testify: "Your protection is not worth it outside the walls of this courtroom."

"It is an illusion to expect those who organized Kosovo society and committed crimes to protect the witnesses who will indict them," Zivojin Rakocevic, a journalist from Gracanica said.

"This is hugely absurd, and it should not be expected. Witnesses are eliminated in several ways. The first is murder, the second is complete isolation of these people, who live as prisoners, and the third is bribery - money is invested in them and privileges are given to them. It's a well-known thing and this is no surprise - Rrustemi and many others who will be eliminated in different ways are no surprise", he commented.