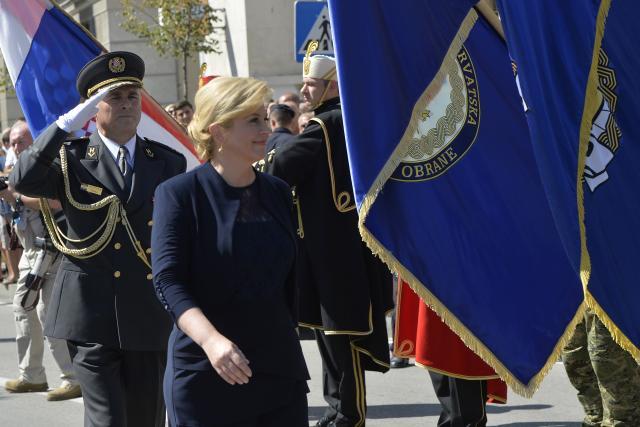 "We will apologize to parents, we will replace the chocolate with Croatian products," Grabar-Kitarovic said, when asked to comment on Tuesday's "case," Beta is reporting, quoting N1.

According to media reports, the Croatian president was handing out the chocolate along with her photographs, on the anniversary of the conflict with the JNA (Yugoslav People's Army) in Dubrovnik.

But the discovery of Serbian chocolate "made some parents protest."

Grabar-Kitarovic on Wednesday said she "did not personally check the content of the packages distributed to children."

"I am very disappointed because I personally advocate and support the campaign, 'let's buy Croatian'. Products that were not Croatian-made, and that are in the Croatian market, found their way to that package. Croatia's president must incentivize Croatian products, and that will not happen again," she said, adding that "it has been determined a Croatian company from Vukovar packaged those packages."