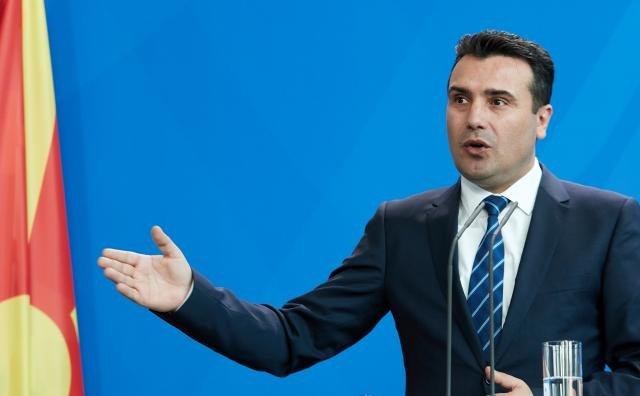 Zaev stated on Thursday that he would "do the same, because it would benefit the region," the website Faktor.mk is reporting.

"I would immediately open all borders," the Macedonian PM is quoted as saying.

Zaev also said that he sees nothing controversial in Rama's statement about opening borders with neighbors, including with Macedonia.

Tanjug on Friday asked Zaev why - if he supports Rama's proposal specifically to open the borders between Albania, Macedonia, Montenegro, and Greece - he didn't mention Serbia and Bulgaria, too.

Zaev replied that he "said everything he had to say on this topic during yesterday's (Thursday's) new conference."

When Tanjug insisted that he explains his position on the issue, the Macedonian prime minister said that, "following the example of the EU, as candidate countries, we should create conditions for institutional contentedness and mutual trust."

Moving towards European integration processes, we expect, continued Zaev, that there will be no borders between the countries of the region.

"One example is what is what is being at the Tabanovce crossing with Serbia - the 'one-stop-shop' with the support of the World Bank, which could serve as an example in the future with Albania, but also with other neighbors," Zaev said.

This will, as he said, help cooperation and trust between institutions for customs and other controls, trade of goods, capital and services, modeled on the countries of the European Union.

Zaev also "believes that the countries of the region will quickly meet the standards, like all modern western European countries, with borders open to all citizens."