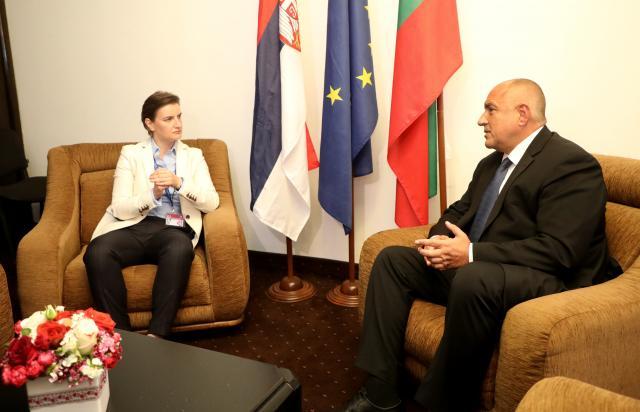 "It is insane to think Serbia will just recognize Kosovo's independence - and that is never going to happen," Brnabic told reporters, according to the agency.

Brnabic, who on Friday took part in Summit's Vienna Economic Forum panel, said it was impossible to set recognition of Kosovo - an autonomous province of Serbia - as a condition for the country's membership in the EU - as five EU member-states do not recognize it either - and added that they "never will. "

"That was never a condition, and I guarantee, it never will be a condition - but normalization of relations (between Belgrade and Pristina) is demanded," she said.

Brnabic then "stressed that it can't be expected from Serbia to simply recognize Kosovo" - and added that "compromise is needed, where everyone will lose, but also everyone will win."

"Serbia is ready for compromise, Serbia is constantly calling for compromise - but Pristina has not stepped outside its comfort zone. They call for a final solution - a recognition of independence - and that will never happen," the Serbian PM said.

According to her, the arrest in March (in Kosovo) of Serbian government official Marko Djuric was "a big step back" - but she added that one should "look to a future that is possible is there is talk of a compromise."

Speaking about the ongoing Belgrade-Pristina dialogue, the prime minister said there had been "several solutions on the table" - but that Pristina's response to those "never arrived."

Brnabic also told reporters in Sofia on Friday that she discussed the Kosovo situation with the Bulgarian PM, and revealed that she invited Boyko Borissov to visit Serbia in late June.