The most brutal: Operation is called the Bakhmut meat grinder; Wesley Clark knows why

Far from the battle for Kherson, one place is increasingly beginning to attract the attention of military experts, former generals and military analysts. 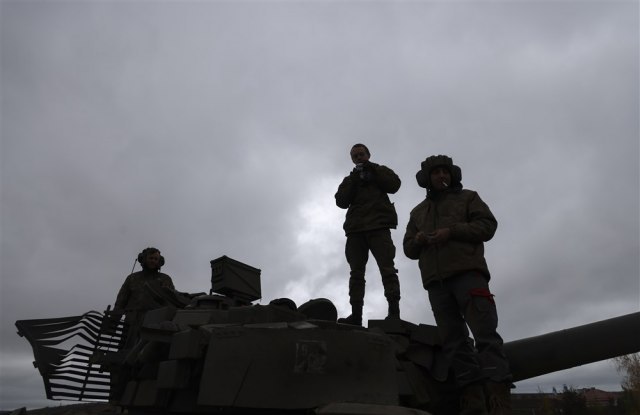 It is, as Blic writes, about the city of Bakhmut, located in the Bakhmut district of the Donetsk region, which was the capital of Slavic Serbia, which was founded by Serbian settlers from Austria in the 18th century.

Fighting is taking place both in and around the city, and the reports from the field are different. Some sources say that the private military company Wagner broke through Ukrainian defenses in that area.

Ukrainian sources on the ground say that Bakhmut is generally well fortified. But in recent days, the defense has "started to loosen", writes the site Bulgarianmilitary.com.

Allegedly, there are also hundreds of dead Ukrainian soldiers.

According to the former Supreme Commander of NATO forces in Europe, General Wesley Clark, Russia is setting a "fire trap" for Ukrainian forces in the area.

If Ukraine's armed forces suffer "significant losses," it will give Russian President Vladimir Putin leverage to force Kyiv into a temporary ceasefire or even a ceasefire, Clark said.

Ukrainian forces are largely positioned in and around the city, including the mud-soaked trenches that separate the shattered parts of the country hit by relentless shelling.

As Russia has moved new formations into the area in recent weeks, including reinforcements previously in the Kherson region, fighting in the Bakhmut sector has turned into trench warfare reminiscent of the First and Second World Wars.

The focus of much of the recent fighting, however, is that Bakhmut has been all but destroyed and abandoned, with both sides sending in reinforcements for a battle that has continued relentlessly since the summer as Moscow tries to secure victory after a series of battlefield setbacks and retreats.

"It is unlikely that the Russian troops moved at the pace reported by Russian sources," say experts. pic.twitter.com/VcJHfO01zH

However, Russia's goal may not only be to capture the city. Yevgeny Prigozhin, the founder of the infamous Wagner mercenary group taking part in the war, said his forces are mainly focusing their efforts on destroying the Ukrainian army, writes AFP.

He also said that this operation was called "Bakhmut's meat grinder".