Moscow: We know everything; It was all designed in August; Name: Ivan Ivanovich

Russian Federal Security Service announced that it knows who's behind the attack on the Crimean bridge, connecting the annexed peninsula with the rest of Russia 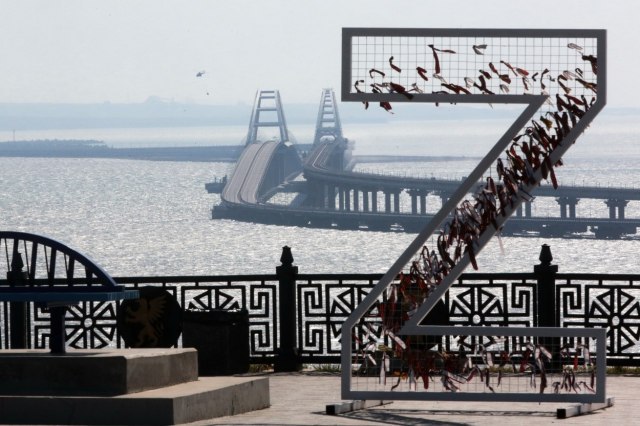 "The organizer of the terrorist attack on the Crimean bridge is the Main Intelligence Directorate of the Ministry of Defense of Ukraine and its leader Kyrylo Budanov," the FSB statement said.

The arrested participated in the preparation of the crime, the Russian secret service announced today.

The FSB announced that, together with the Investigative Committee, it was established that "the organizer of the terrorist attack on the Crimean bridge was the Main Intelligence Directorate of the Ukrainian Ministry of Defense, its head Kyrylo Budanov, employees and agents."

As the investigation established, the explosive device was camouflaged in rolls with construction polyethylene film on 22 pallets with a total weight of 22.770 kg and at the beginning of August "sent from the sea port of Odesa to the Bulgarian city of Ruse under contract No. 02/08/2022 between Translogistik LLC UA" (Kyiv) and "Baltek Capital SA".

The movement of cargo along the entire route was controlled by an officer of the Main Intelligence Directorate of the Ministry of Defense of Ukraine, who introduced himself to the participants of the scheme as Ivan Ivanovich.

To coordinate the actions, he used a virtual anonymous number, as well as a phone number registered to a resident of Kremenchuk," they announced.

The intelligence service emphasized that the investigation into the attack continues, and all its organizers and accomplices, "including foreign citizens, will be held accountable in accordance with Russian law," according to Interfax.

Russian President Vladimir Putin said on October 9 that the explosion on the key bridge connecting Crimea with Russia was a terrorist act, planned by the Ukrainian special services.