The Russians are kept silent

Official Moscow is allegedly trying to keep the public from talking about the dead Russian soldiers in Ukraine, according to world media. 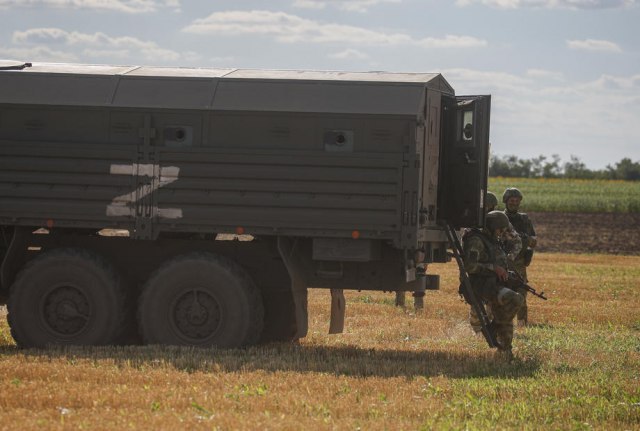 As the "Washington Post" writes, the number of dead is allegedly treated as a state secret. According to estimates by the CIA and MI-6, at least 15.000 Russian soldiers have died since the beginning of the military operation, and the independent Russian media "Mediazon", as well as the BBC in Russian, counted, relying only on publicly confirmed deaths, that by the end of June there were at least 5.185 dead soldiers.

This American newspaper claims that the largest number of Russian soldiers come from remote and poor areas of the country, such as the southern parts of Dagestan and the Siberian region of Buryatia, and the least from Moscow and Saint Petersburg.

The "Washington Post" notes that questioning a military operation or criticizing the military is punishable in Russia. According to this media, families struggle to speak, and independent journalists who do talk to them or report from funerals are arrested. The official explanation for this decision is that showing such "tears and suffering" is bad for public morals, and the authorities have also ordered to shut down some of the websites where obituaries and memories of the dead are published.

The main goal of the Kremlin, as the "Washington Post" claims, is to unite the "voices" of angry and grieving families and anti-war activists, and information about the dead could also make it difficult to recruit new soldiers. If US and British intelligence figures are accurate, Russian losses in the Ukraine war, which has been ongoing since February this year, are equal to those of the decade-long conflict in Afghanistan during the Soviet era. MI-6 chief Richard Moore said in July that their death toll estimates were likely conservative, meaning the death toll was likely higher.

"Post" writes that it still happens that the reactions of citizens are found in the public. The newspaper cites an example from June, when the wives of Russian soldiers recorded a video in which they demanded that the army return their husbands home. Hundreds of soldiers from that region allegedly contacted a group of activists there and inquired about how to terminate the contracts they had signed with the army, says the founder of the organization called "Foundation for Free Buryatia".

Western media claim that for now Kremlin manages to maintain public support at a satisfactory level. Thus, the polling agency VCIOM announced in June that 72 percent of Russians support the war.

The "Washington Post" states that there are few grieving Russian families who would publicly question the meaning of the attack on Ukraine, and the silence also serves to minimize public understanding of its impact on the situation in the country. A survey recently conducted by the "People of Baikal" portal in the Eastern Siberian city of Ulan-Ude showed that a small number of residents knew that as many as 250 people had died from that region in Ukraine, and that figure was obtained through publicly available sources, such as local websites on the Russian version of "Facebook".