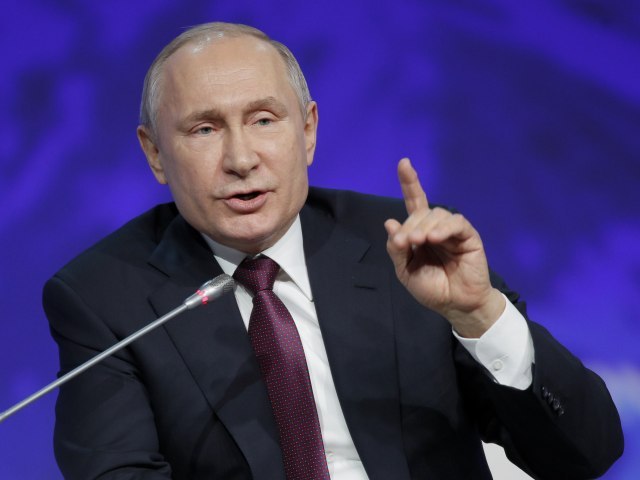 Putin, who spoke the during plenary session of the International Arctic Forum in St. Petersburg, referenced NATO's 1999 aerial war against the Federal Republic of Yugoslavia, i.e., Serbia and Montenegro.

Responding to the Finish president - who said that Russia itself was to blame for the sanctions the West imposed against it, Putin recalled that, in order for any sanctions to be legal, the measure should first be approved by the UN Security Council, which is lacking in this case - so the measures against Russia are illegal.

"For some reason, no one imposes sanctions for meddling in other countries' domestic affairs, disorganizing internal political life, destabilizing countries. No one imposes sanctions against those who exacerbate the situation so that other countries have to take certain measures to protect their interests," TASS quoted Putin as saying, urging a returning to respect for international law, and adding:

"Maybe then there will be no need to think about the aftermath of bombing Yugoslavia or some other issues related to flagrant violations of international law," the president said.

According to Putin, "the world is interdependent and it is essential to work together to achieve common results."

The Russian leader recalled that sanctions affected both Russia’s and the European Union's economies - but more so those of the EU. He quoted European Commission data for 2015 and 2016, that showed the EU losses amounted to EUR 50 billion, while those of Russia are assessed at between EUR 25 and 26 billion.

According to German officials, their country has lost EUR 56 billion through sanctions, while Russia's damages are three times lower, Putin said.