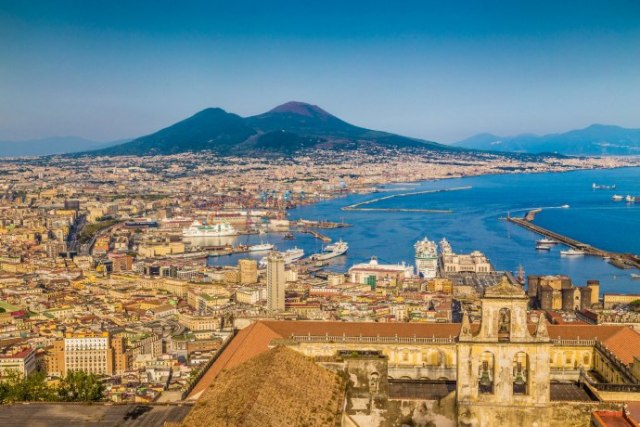 Two buildings for socially endangered residents in San Giovanni and Teduccio in Naples are now decorated with the impressive murals.

Despite size, it took only 40 days to fully paint and embellish the buildings, and the landscape of Naples.

The controversial artist was arrested last week in Israel for painting a portrait of a 17 year-old Palestinian activists Ahed Tamimi.

He said that the South American revolutionary was "like a lighthouse, a leading force for all my life decisions."

The residents, meanwhile, are enthusiastic about he mural, and say it represents encouragement to stand up to any social or political problem.

The artwork, painted on the sides of two buildings measuring 3,229 Square Feet each, took 40 days to be completed. pic.twitter.com/Oq6pKu6wP3