Russians move against terrorists in Idlib/VIDEOS

The Russian Defense Ministry has published video footage of airstrikes carried out against terrorist infrastructure in the Syrian province of Idlib. 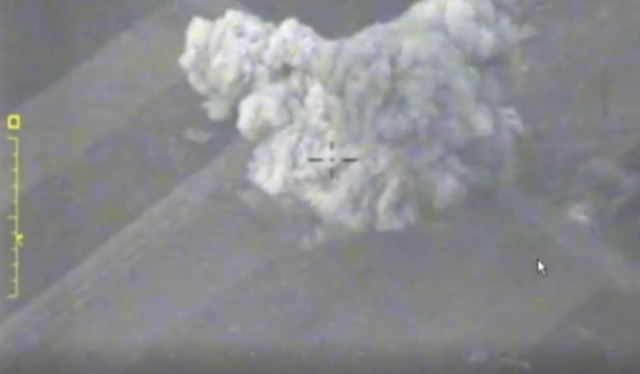 The MoD said that two Su-34 warplanes "wiped out a workshop of Jabhat al-Nusra where the militants were making attack drones and kept explosives in store," while a Su-35S "eliminated a warehouse of portable anti-aircraft missiles," TASS is reporting.

"The strikes were dealt away from populated areas against terrorists’ hangars where the drones were kept and also against confirmed areas where attack drones were launched for terrorist attacks against the Russian airbase Khmeimim and communities in Aleppo and Hama provinces," General Igor Konashenkov, a spokesperson for the ministry, said.

During nighttime on September 4 the Khmeimim base’s air defenses shot down two attack drones away from the airfield. Over the past month 47 drones launched by militants have been eliminated near the base, the agency said.