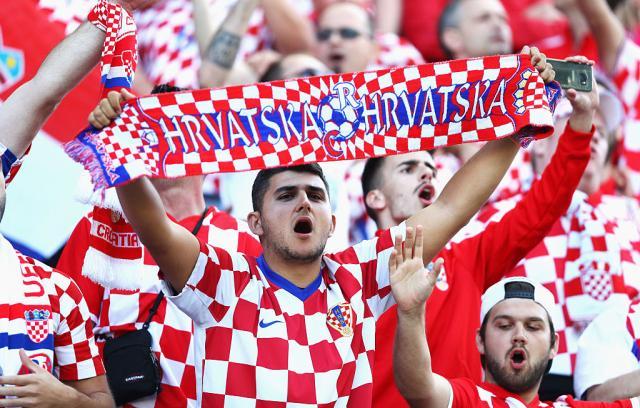 The qualifier for the 2018 World Cup in Russia was played in Zagreb, Croatia.

Posters reading, "(Hang) Serbs from the willow trees", written in Croatian, and "Moskals (Russians) to the knives" in Ukrainian, were put up around the city allegedly by the fans of both teams.

These hate messages are visually "united" at the center by two clenched hands, and by something described as "the Celtic cross and two Kalashnikovs (AK-47s)."