The former commander of the Serbian Army of the Krajina, Rade Čubrilo, claims that Milošević deliberately obstructed the defense of Knin. 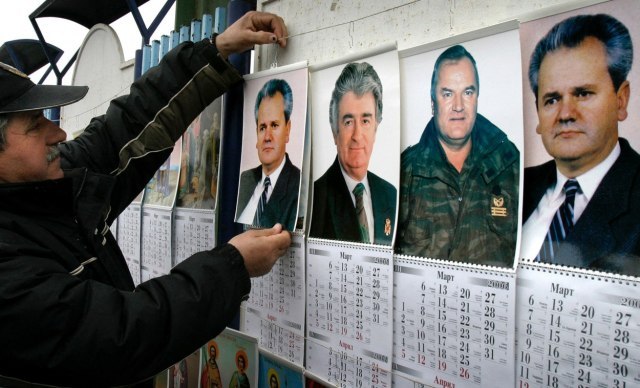 As he claims, Krajina would have been defended if Mladić had not withdrawn the army to Srebrenica instead of staying in Kupres.

Rade Čubrilo, former member of the Foreign Legion and commander of the Serbian Army of Krajina, claims that Slobodan Milošević is responsible for the fall of Knin, and that, as he says, Bosnian Serb leaders Radovan Karadžić and Ratko Mladić participated in the "obstruction of the defense" of the Republic of Serbian Krajina.

"A number of people from Grahov and Kupres were picked up and dragged to Srebrenica. They left some third parties there, old men. That's what Mladic did. He went to Srebrenica, which was insignificant in every sense. It meant a lot to him, I don't know...

I guess he needed one military victory, since before that he didn't have any important one. That's how he opened up that space, and Croatian forces were already in Crni Lug for the third or fourth day, climbed up to Bat, reached the Red Land, and then it was clear that Knin was finished. There is no discussion there. They tried to hide it. Both Karadzic and Mladic.

And they were there the day before Croatian forces entered Grahovo; they held a rally. Then they said that there was no problem, that everything would be okay and that stories of betrayal were being spread by enemy media... The next day - Croats in Grahovo! Those people have no honor! I don't know how they feel when they stand in front of the mirror. Today you talk, you lie big, tomorrow they deny you, because - it happened.

That's the painful truth. It is the most painful for us, the people from those areas, who tried with all our might to keep and preserve it, because we are from there. Those who came, weekend warriors, officers who are chasing a career, daily wages, an apartment, a higher rank... Well, what do they care about Bosnia, about Grahovo, Banjaluka, Knin," said Čubrilo in an interview for the Balkan Info channel, and then said that the then president of Serbia, Slobodan Milošević, as he said, betrayed the Serbian Krajina.

"Milošević betrayed Serbian Krajina. The weapons were withdrawn... Milošević was at the head of all that. There are documents about all of this in which Slobodan Milošević, the Socialist Party, Mira Marković are mentioned... These are documents of Counterintelligence Service (KOS) and State Security Agency (DB)", Čubrilo said, claiming that he obtained documents that "reveal everything".

Giška was not killed from behind

Čubrilo also responded to accusations that he was involved in the murder of the commander of the Serbian Guard, Djordje Božović Giška, who was rumored to have been "liquidated from behind by someone from his entourage, on orders from Belgrade."

"I still claim that no one killed Giška from the back. Giška was killed from the front. That's what his cousin Milovan, who was with him when he was shot, told me.

I was not at the place where Giška was killed, but some 50, 60 meters away. Later, 300 of them appeared, claiming that they were next to Giška, but they were not. There was only his cousin Milovan, who unfortunately is no longer among the living. So, in Serbian terms - they are lying!".

Arkan didn't even serve in the army

Speaking about the participation of Željko Ražnatović Arkan and his Serbian Volunteer Guard in the war in Krajina and Bosnia, Čubrilo says that their contribution was minimal, because Arkan had no war experience, but neither did a large number of people at his disposal, however, he states that Milorad Ulemek Legija, as he said, "fought like a lion".

"Arkan had no military knowledge. As far as I know, he didn't even serve in the army. If he did, he needed a few more months of training to be ready for war. His unit had too few people, about a hundred of them, more or less. You can't wage any serious battle with such a unit, it takes several thousand people. He did contribute, Legija fought like a lion at Banja Luka, there is no discussion about that, but it was not decisive. A unit of fifty or one hundred men cannot be decisive against an opponent who had an army of 50 or 100 thousand men," stated Čubrilo.

In his testimony, he also said that, as a former legionnaire, the Croatian side, at the beginning of the war, called him to be the head of its units and that they told him that they did not mind that he was a Serb because he was a "quality staff", but, as he says, immediately refused. He pointed out that Captain Dragan was a "top fighter" and that, as he said, it was a shame how he was later treated, given that, according to Čubrilo, he spent more than ten years in prison "neither guilty nor liable".

Čubrilo praised the Croatian general Ante Gotovina, whom he called a "top general" and a "quality soldier". Čubrilo also claims that KOS operatives, as he says, who were close to the leaders of JUL and the top of the General Staff of the Yugoslav National Army (JNA), wanted to kill him as early as 1991 because "he was not a communist", but thanks to a tip, he managed to avoid an assassination that was set up for him since he wasn't in the car that was shot at.