Prime Minister of the so-called Kosovo, Albin Kurti, told Italian newspaper Republika that the risk of a new conflict with Serbia is high, Albanian Post reports 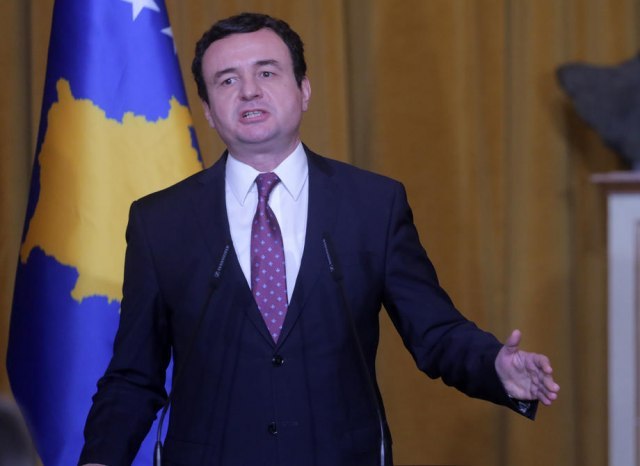 As he said, considering what Russia has done with Ukraine, it would be irresponsible to say otherwise.

"I wouldn't say that the risk is very high, because we also have a NATO contingent here, but it is certainly high. We are a democracy that has autocracy at the borders," Kurti said.

He added that before the invasion of Ukraine the chances for conflict were small, but now the situation has changed.

"If we have another episode, for example in Transnistria, then the probability that the Third War will happen in the Western Balkans, and especially in Kosovo, will be very high," he said.

"The conversion of license plates set by Slobodan Milošević. This is the decision of my government. They have two months," he said.

Regarding the attack on the Kosovo police in the north, Kurti said that the prosecution is investigating the case.