Micunovic: The boycott of the election is meaningless

MP and one of the founders of the Democratic Party, Dragoljub Micunovic, thinks the boycott of the election is pointless 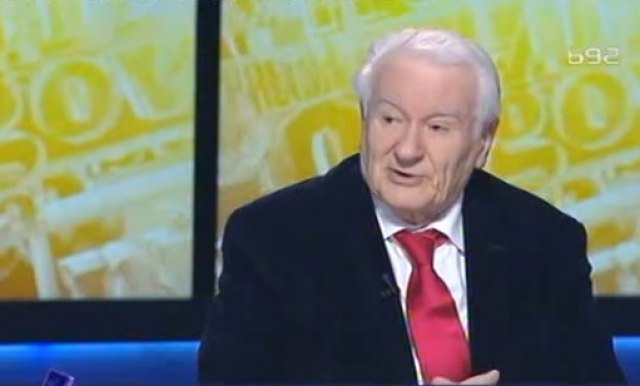 Micunovic also points out that he could only consider the elections delegitimized if 50 percent of the voters did not turn out, which, he added, would not happen.

"The boycott remains meaningless from start to finish. It is passive and has a dangerous line. If you do not participate in the elections, you are outside the legal institutions where parliament is crucial. The question remains: what after that boycott? 'Nothing, we'll see ... "What are you going to see? A tension is being created in a society where you are trying to threaten the government through extra-parliamentary means through civil disobedience, conflicts, demonstrations, etc. This leaves a field for government repression, which is not good and we do not know where it leads", Micunovic said in an interview with "Blic" on Sunday.

He added that the delegitimization of the boycott election was "completely meaningless".

Micunovic said that because of the threshold stories, circumstances are changing, but that he does not believe that the opposition will now give up the boycott of the elections. He also added that reducing the census from five to three percent is risky for both the government and its opponents.

Micunovic believes that President Aleksandar Vucic is harming himself, as well as that his entire motivation for lowering the census is tactically designed to make the boycott of the election pointless, but that he didn't seem to be counting on the "damaging factor".

"This measure is risky for both Vucic and his opponents. In case of high threshold, a large number of smaller parties remain in the ballot box and their votes are attributed to the largest party, that is, to him. The difference between five and three percent may amount to several hundred thousand votes, and he will lose those votes by pushing those who would not pass by the five percent threshold. From that point of view, he is harming himself.

He is thinking tactically and his whole motivation for lowering the census is to make the election boycott meaningless, but it seems that he did not calculate the damage. It would be logical that he would not touch the census and, as the largest party, allow others to approach him, but he does the opposite and so it seems democratic, but it actually is not a democratic measure", Micunovic points out.