"Macron told me - he would fulfill all promised to Vucic" 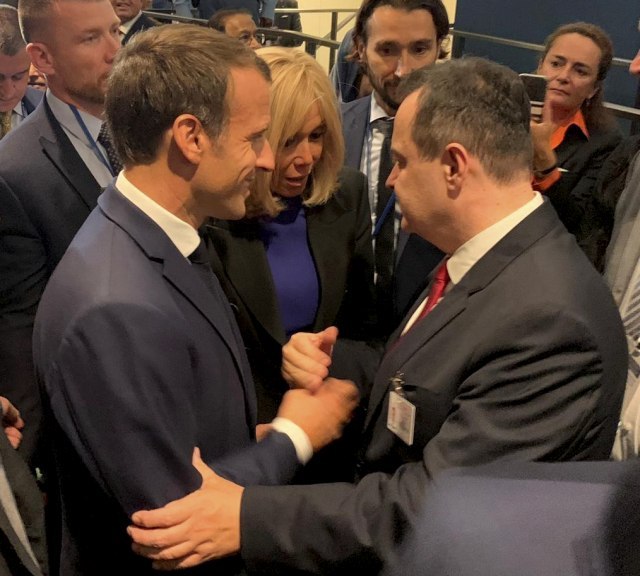 The head of Serbian diplomacy said Macron stressed that he would actively engage in the Belgrade-Pristina dialogue as soon as the Kosovo parliamentary elections are over.

"Macron himself told me to convey to (Serbian) President Aleksandar Vucic that he would do everything he promised during his visit to Belgrade, that he was just waiting for the Kosovo elections to end and that he would then actively engage in the Belgrade-Pristina dialogue", Dacic stated for Tuesday's edition of "Blic" daily.

Referring to a brief meeting with Macron and his wife Brigitte on Thursday in New York on the sidelines of a UN General Assembly session, Dacic said the French President was still under the impression of a two-day visit to Serbia in mid-July.

"He is so thrilled to have talked about it with his wife Brigitte. He told her how he spent great time in Serbia, how we sang, and that he had never had such a good time in any visit to any foreign country," Dacic said.

He added that he had told him that it was "the best visit of a statesman to Serbia".

"I praised him in front of his wife saying that she had an exceptional husband, and she confidently said she is aware of that", Serbian Foreign Affairs Chief concluded.