Prime Minister Ana Brnabic spoke on Friday in Belgrade with Co-Chair of the Serbian Caucus at the US Congress Ted Poe, 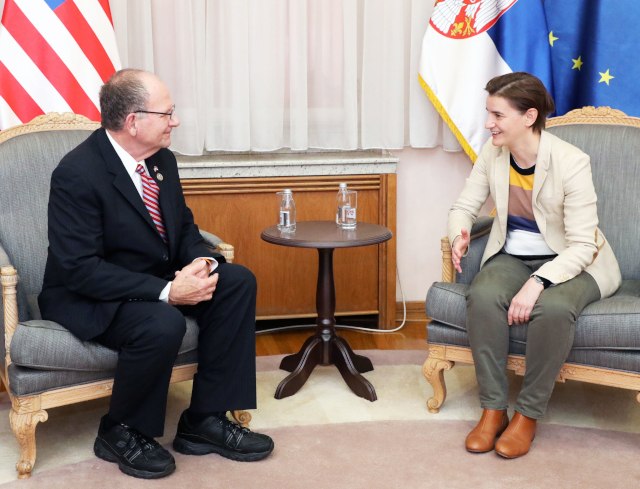 The touched on the current political situation and the continuation of economic cooperation, the Serbian government announced.

Branbic thanked Poe for good cooperation so far and stressed that it is important for Serbia to have the support of the United States of America to continue the negotiations between Belgrade and Pristina.

She added that the US position that there are no red lines also contributes to efforts to achieve a lasting and sustainable solution for Kosovo and Metohija.

Poe pointed out that the United States will continue investing in Serbia through companies already operating in our country and assessed that good economic cooperation positively influences the political relations of the two countries.