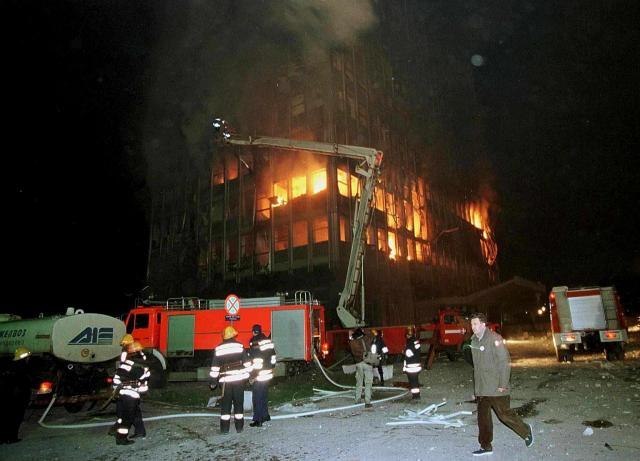 They will sue NATO countries because of the use of depleted uranium during the 1999 bombing of Serbia.

This was announced on Monday President of the Association of Citizens "Depleted Uranium" Sveto Nogo. The lawsuits will be filed individually, he explained.

Speaking at a symposium in the southern town of Nis, dedicated to the consequences of the bombing, Nogo said that there would be no class action lawsuit, but instead those filed by cancer patients and their families.

"NATO countries will be sued for pecuniary and non-pecuniary damages. We will launch lawsuits against five countries, and after the symposium, it will be decided which countries those will be," Nogo said.

"There has been an increasing number of cancer patients, and even babies are being born with cancer. We do not recognize 'force majeure', and as intellectuals we have no right to keep silent about it," Nogo said.

The president of the organizing committee of the symposium, Srdjan Aleksic, said that, as far as the future cases that will be conducted before national courts of NATO member states, the most important point for Serbian citizens is that Italian courts have already confirmed the causality between the use of depleted uranium and soldiers falling ill after staying in the territory that came under attack of such weapons in Kosovo and Metohija.

"The soldiers who had cancer and the families of the deceased have been afforded compensation ranging from 200,000 to 500,000 euros by a court in Italy. We will seek the same compensation for our citizens," Aleksic said.

According to him, it took five years for the Italians to prove in court the causal relationship between bombardment with depleted uranium and cancer, while Serbia is facilitated by their evidence - "and the first verdict should be reached in two years."

"We appeal for an agreement and amicable resolution, because if Italian citizens have been paid compensation, I do not see any reason for our citizens not to receive it," Aleksic pointed out.

Domenico Leggero, a member of the Italian commission looking into the consequences of the use of depleted uranium, also spoke at the event to say that all judgments in Italy have been made in favor of the sick soldiers, while the country's Ministry of Defense has been declared guilty.

"In Italy there have been over 80 cases. The soldiers have been compensated," Leggero said. He added that the harmful effect of depleted uranium on human health had been proven in Italy as early as in 1987.

Sergei Baburin, who headed Russian Duma's assistance to Serbia during the 1990s, said that Serbia has waited a long time to file the lawsuits, but that it was still not too late - "because things should not be left as they are, because we will all be complicit in an injustice."

Baburin said that many people who defended the country have been convicted of crimes - unlike those who bombarded it.

The two-day symposium in Nis gathered about thirty domestic and international experts, in the fields of law, medicine, engineering, atomic physics and ecology.