There can be no armed force in Kosovo except KFOR - Vulin 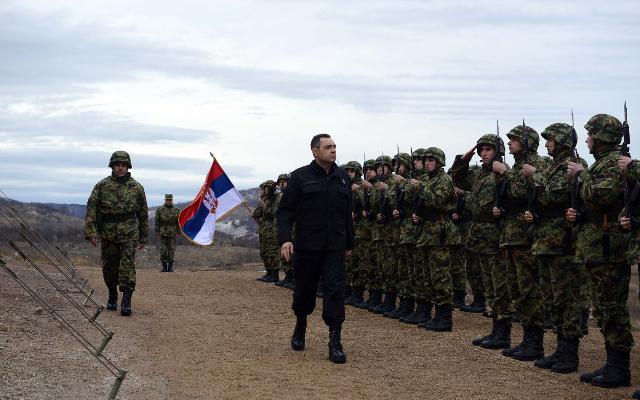 Speaking at the Pasuljanske Livade Range, where he attend the Serbian Army's Zima 2017 (Winter 2017) exercise, Vulin added that any other outcome would represent "a serious security problem for the whole region."

Reacting to Kosovo Prime Minister Ramush Haradinaj's statement that "the Kosovo Army" would be established "by March," Vulin recalled that this was Haradinaj's "old wish."

"Based on (UNSC) Resolution 1244, it is clear that the only armed force in Kosovo and Metohija can be KFOR, and that is the position of the Republic of Serbia that will not change. This is the position of the government of the Republic of Serbia, of the United Nations and, most importantly, of all Serbs in Kosovo and Metohija," Vulin told journalists, Tanjug reported on Friday.

The minister pointed out that it was not possible to form "any kind of an army of Kosovo" - except "by force and brutal violation of international law, by violation of Resolution 1244, by brutally trampling on the will of the United Nations Security Council, and, of course, of Serbs in Kosovo and Metohija."

"Forming the Kosovo army outside Resolution 1244 would be a serious security problem for the whole region, the creation of some kind of military formation, where it cannot exist - because there is no state there - some formation that would be led by people whose goal is to destabilize this area and have conflict in this region," said Vulin, and concluded: