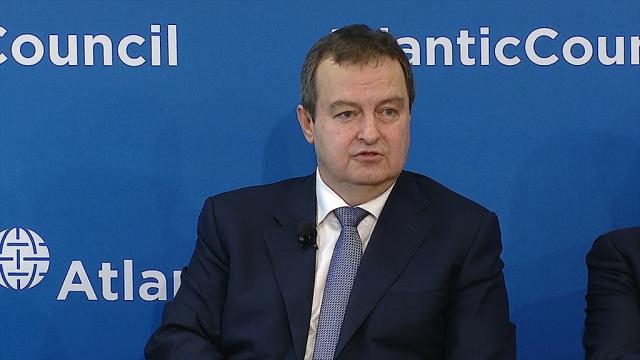 Dacic spoke on Wednesday at a panel dedicated to business and investment in the Western Balkans during the conference of the Atlantic Council.

He recalled that since the launch of the Berlin Initiative, several summit meetings of the Western Balkans were held in order to take important steps to improve regional cooperation, establishing a customs union, a common regional market and the energy community.

He said that Serbia is on the path to the European Union and stated that it still has free trade agreements with the countries of the region, Turkey and the Russian Federation.

Dacic stressed that the EU is the first foreign policy partner of Serbia and noted that Serbia has improved economic relations with the United States.

"I want to say that in the Western Balkans we are the most important economic partners to each other, he said and pointed out joint infrastructure projects such as the construction of highways and the improvement of railway network in the region," he said, according to the Serbian government.