The last two of the total of six MiG-29 warplanes were transported to Serbia late on Wednesday, Tanjug was told by the Ministry of Defense. 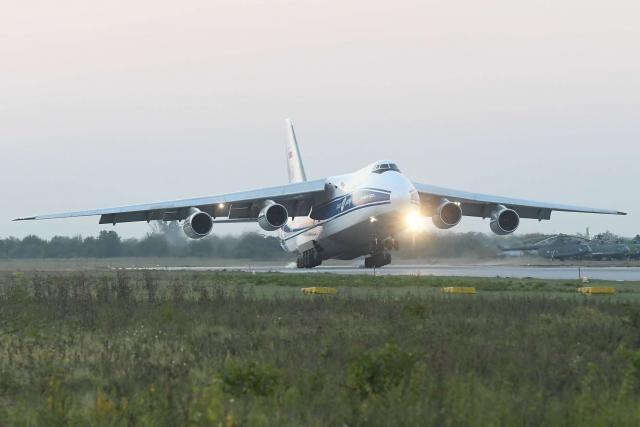 The Russian An-124 at Batajnica (Tanjug)

The first pair of partially disassembled jets landed at the military airport Batajnica aboard an Antonov An-124 plane on Monday.

Reacting to the news, President Aleksandar Vucic said the Serbian Air Force will now have "a serious squadron - convincingly the strongest in our region."

"I am proud and convinced that our technicians will know what to do, and our soldiers to fly on these mighty machines."

According to the president, there is still "no machine" better than the MiG-29.

"Just so people know, there are some (advanced) technical capabilities of the so-called 5th generation (warplanes), but this is generation 4+, and we have solved the problem for the next 20 years," Vucic said.

He announced that "our squadron" will continue to be strengthened and that Serbia will have "even more planes" - but that he "does not wish to make any further promises."

The president also remarked that "many more planes have arrived in Serbia in a short amount of time now, than over the past 40 years."

Defense Minister Aleksandar Vulin announced several days ago that the MiG-29s will be unveiled at Batajnica on October 20, as part of the celebration to mark the anniversary of the liberation of Belgrade in WW2.

The six used jets have been donated by Russia, and will have to be overhauled and modernized before they enter service in Serbia.