President Aleksandar Vucic's decision to nominate Ana Brnabic for Serbia's next PM has caused a strong reaction from one member of the ruling coalition. 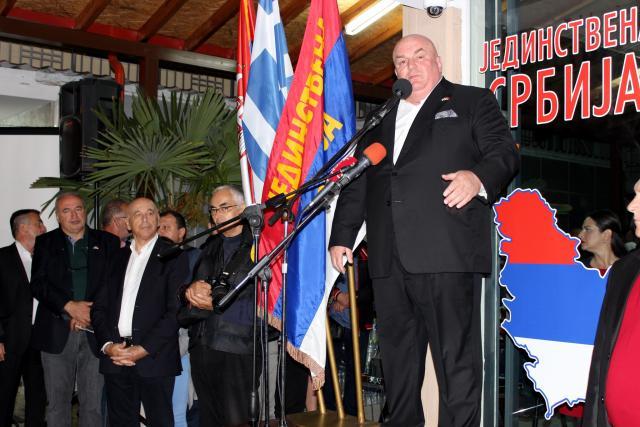 Markovic confirmed for B92 on Friday that he and other members of the Assembly ("people's deputies") from his party will not vote in favor of Brnabic becoming prime minister.

"When it comes to that population and that topic, my stance is well known in the whole of Europe. JS deputies and I will not vote for Brnabic becoming our prime minister," he said.

Markovic did not wish to comment on his decision in more detail, but in the past, he expressed his discriminatory stance toward the LGBT population on several occasions, and was three years ago found guilty by a court for this offense.

It is unclear at this point what the consequences might be if the JS take a stand in defiance of the rest of the coalition.

Meanwhile, Vucic's proposal to elect Brnabic has arrived in the Assembly, where it will be debate and put up for a vote, likely next week, before Vucic's official inauguration on June 23.

United Serbia, which ran in a pre-election coalition with Ivica Dacic's SPS, has six seats in the Assembly. The Socialists (SPS) have supported Vucic's pick for prime minister.

Even without JS votes, the coalition made up of SNS, SPS, PUPS and several minor parties will have enough votes to elect a new cabinet.

Before Vucic announced his decision, Markovic attended consultations with the president and said that Serbia's next prime minister should be "head of a household, one who has children and knows how to fight for other children."