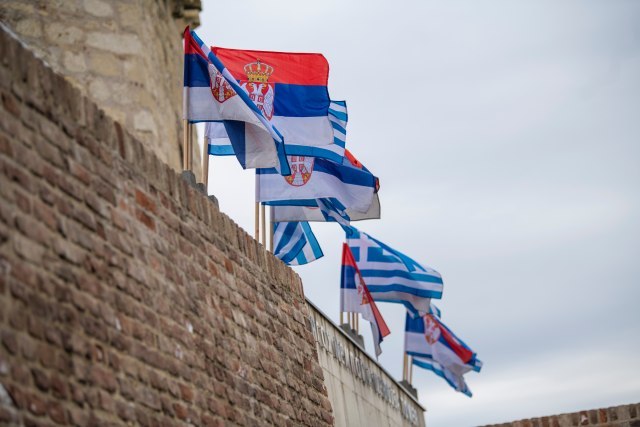 "During his recent visit to Belgrade (June 3), Minister of Foreign Affairs Nikos Dendias reiterated that Greece's position remains unchanged and that it does not intend to recognize Kosovo's independence," said the ambassador, answering in a written interview for Tanjug the question of whether Pristina's expectations to Greece will be the first of the five remaining EU members to recognize Kosovo.

On the occasion of Pristina's increased diplomatic activities in talks with Greek officials aimed at the recognition of Kosovo, he said that Athens maintains good relations with the authorities in Pristina, especially in the field of economy and trade, as well as that it cooperates within regional organizations in Southeast Europe.

When asked if he was aware of the earlier statement by the Minister of Foreign Affairs of the Provisional Pristina Institutions, Donika Gërvalla, that there is a possibility that the five EU members who have not done so, will collectively recognize the independence of Kosovo, and that Athens will be the first, and whether Athens is under pressure to do so, the ambassador points out that he does not know about such a possibility.

"It doesn't actually exist," he says and adds that "Greece is not under anyone's pressure." The ambassador reminds that during his recent visit to Belgrade, the head of diplomacy, Nikos Dendias, reiterated that Greece supports the dialogue between Belgrade and Pristina with the mediation of the EU.

"Together with other EU members, Greece fully supports the efforts of Miroslav Lajčak and appreciates his work. We hope for a comprehensive agreement between Belgrade and Pristina as foreseen by the conclusions of the EU Council, and in accordance with the legal acquis of the EU," says Dakofotakis in written answers to questions of Tanjug, which were sent to him last month. He adds that Athens believes that a successful outcome of the dialogue will increase the security and prosperity of the Western Balkans.

To Tanjug's statement that the current crisis strengthens the need for regional initiatives, such as the Open Balkans, and the question of whether the intensification of cooperation within the Quadrilateral initiative, which includes Greece, Bulgaria, Romania and Serbia can be the answer to the growing crisis, he points out that cooperation in the Quadrilateral has slowed down due to the pandemic.

"Now that the situation is improving, there is room to believe that a new meeting will be held soon. This format of cooperation can improve our coordination and promote interconnectivity in all its forms, thus contributing to the economic growth of our region and closer contact between our citizens," he said.

He points out that the Greek-Bulgarian Interconnector (IGB), a natural gas pipeline of great importance for diversification and energy security in Southeast Europe, was recently launched, and should begin deliveries in the next few months. Initially, it will transport gas from Azerbaijan via the TAP pipeline. By the end of next year, the floating terminal for storage and regasification of liquefied natural gas in Alexandroupolis will also be able to be used, he explains.

"Serbia has already expressed interest in diversifying its sources of energy supply. It too will be able to receive Azerbaijani gas through the TAP gas pipeline and the TPG terminal. But first, the Serbian-Bulgarian gas interconnector needs to be completed," he said. As he points out, the liquefied natural gas (LPG) terminal in Alexandroupolis is a very important project for the energy security of Southeast Europe because it diversifies energy supply routes and ensures a normal flow of gas to the region, and it will be fully operational by the end of 2023.

When asked if there is a possibility of abolishing roaming for Serbian tourists in Greece, the ambassador says that the government in Athens encourages mobile phone providers to reduce prices, but that due to EU law, it cannot impose such measures on companies that provide mobile phone services.