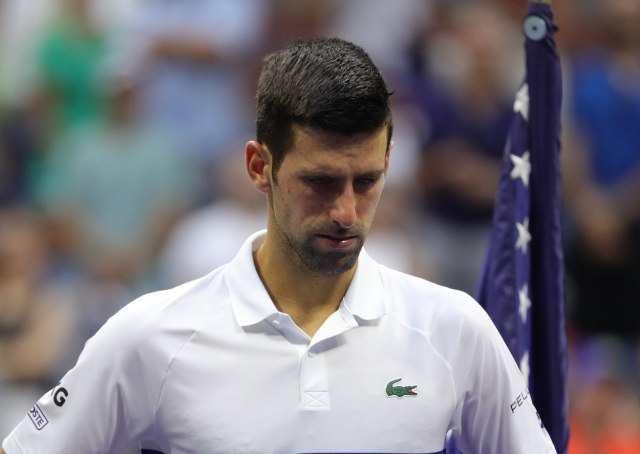 The editor of the local "Telegraph" loudly said "that the demonisation of Novak Djokovic has to stop".

"If you think COVID passports are illiberal, try living in Australia’s Northern Territory, where those choosing not to be double-jabbed face £2.700 fines. Against this backdrop, it is scarcely surprising that known vaccine sceptic Novak Djokovic finds himself threatened with being banned from the country altogether, even as he chases his 10th Australian Open triumph and a record 21st men’s major title. “I have a message for everybody who wishes to visit Australia,” said Alex Hawke, the country’s immigration minister.

“He’ll need to be double-vaccinated”, Brown wrote and added: "Vaccines are the most effective way out of the pandemic - but I dislike how Djokovic is belittled for showing individual freedom of choice".

"Now Djokovic is demonized as someone who refuses vaccines, but there are two problems with this cartoon. The first is that Djokovic has not yet clarified his status. Although he is more likely not to have received the vaccine, he will still not say it with certainty, he described the issue in a Serbian interview as unbalanced. Another thing, he already had the virus".

Djokovic, who is tied with Roger Federer and Rafael Nadal on a record 20 Grand Slam titles, said he planned to compete in the Paris Masters, the season-ending ATP finals in Turin, and the Davis Cup before the end of 2021.

The demonisation of Djokovic has to stop. Comment https://t.co/cFLkyzLi4G